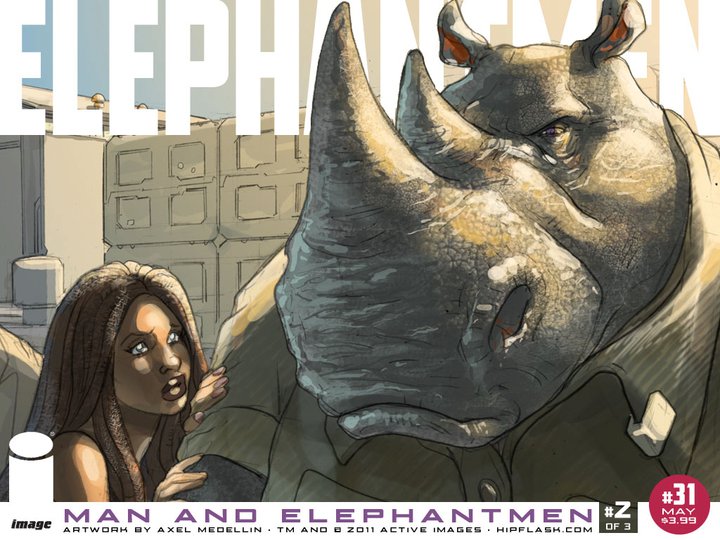 Elephantmen is to comics what Blade Runner and Watchmen were to movies or what Quantum Leap was to TV. It could maybe be described as the most awesome Sci-fi comic in print.

The first issue was written by its creator Richard Starking who is often described as the nicest man in comics from people who have met him an conventions. Hipflask #1 was released in July 2002 under the title of Unnatural Selection. It had an amazing first few issues with a well structured origin and featured some amazing covers from artists like Ian Churchill, J Scott Campbell and Ladronn.

The story starts off with the MAPPO Corporation which is run by an evil scientist who wanted to make the ultimate war machine. Massive guns are one thing but when they are in front of a giant human/animal mutants born for war it adds a little something more to the equation.

The comic issues which feature the war between Africa and China over the war torn parts of Europe are collected in the War Toys volumes. They features some amazing art by Boo Cook who has worked a lot with 2000ad on Judge Dredd and as far as futuristic war machines go the artwork is in good hands.

Most of the current issues of Elephantmen focus more on the rehabilitation of the genetically made war toys into a futuristic society. It’s set in a kind of Blade Runner meets the Good parts of Planet of the Apes with the girls from Bring it on.

One of the best things about this series is the wide spectrum of characters. Not all the Elephantmen are in the same situation. Some work for the government investigating Elephantmen related incidents, some own companies from bars to huge empires and some like Tusk are left permanently scarred from war.

Overall it’s a total must read for anyone and with the self contained volumes its easy to jump on with pretty much any of them. 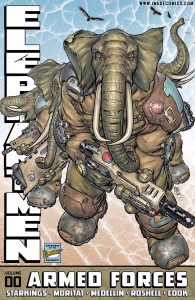 Richard Starkings Epic War Toys series is collected in volume 0 of Elephantmen. Follow the tragic tale of Yvette as she transforms from a French country girl to the single most dangerous force the Elephantmen have to fear. 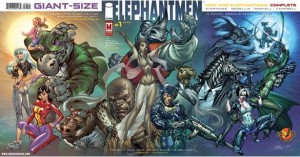 Richard Starkings the legend behind Elephantmen brings us a reprint of Man and Elephantman. This time in one collected issue with the trifold cover by J Scott Campbell. 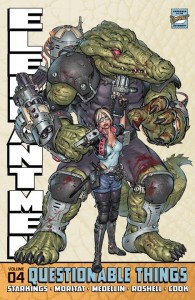 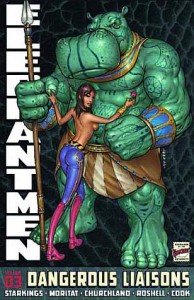 Sci-fi pulp at it’s best. Richard Starking’s Elephantmen – Dangerous Liaisons is the third collected volume in the series which just goes on getting better. 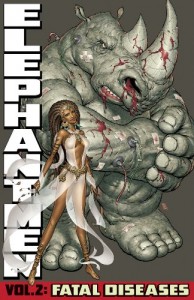 The masterpiece of comic sci-fi continues with Elephantmen : Fatal Diseases. The sequel brings back the darker side of the genetic mutants. 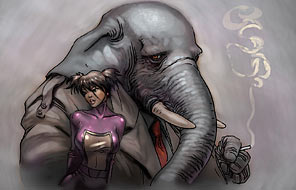 Elephantmen is one of those comics which first pulls you in with the artwork and then blows your mind following it with an amazing back story with everything you could ask for from a comic.