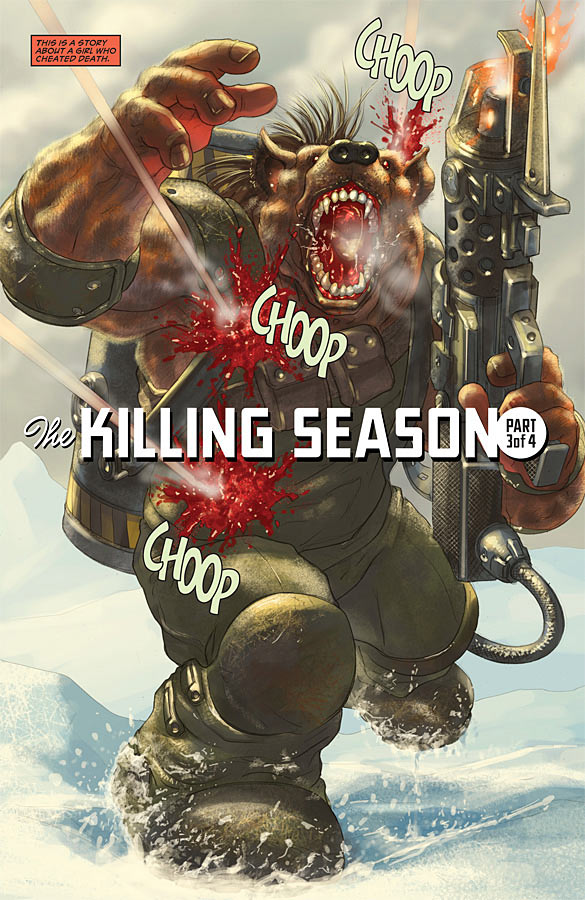 With a strong 38 issues in Elephantmen shows now loss in awesomeness. With the bar pushed so high by this series at the moment I’m finding it hard to pick up another series. The artwork, running themes and story make it a true comic masterpiece.

Issue #38 continues the four issue mini series Killing Season which ties in War Toys to the main series. Yvette a forged in war revenge killer continues her attack against the Elephantmen. So far she has killed numerous mutants and with this issue she comes face to face with Agent Blackthorne.

With Yvette going up against Agent Blackthorne it’s very much what happens when an unstoppable force meets an unmovable object, one of them dies! Even being a long time fan of the series I didn’t expect this as an ending.

One thing I love about Elephantmen is the giant ad free issues. It’s at the slightly higher than some comics price at $3.99 but you probably get more meat to the story in each issue than most graphic novels.

I will give a warning with this issue as it contains more hot chicks, comic frontal nudity, giant mutants at war than in a usual issue. But it’s all giving back to the epic story which is full of emotive themes. In true Sci-fi subtext you get a story which appeals so almost everyone who reads it in a different way.

Unlike a few of the previous issues it’s not the best jump on issue since it follows on from parts of Elephantmen and the tie in War Toys series but that doesn’t take away from it’s impact. If you haven’t been reading Elephantmen I highly recommend picking up the TPBs.

With each issue I can’t help but wonder what the movie could be like. The story lends itself so well to comic readers with an open creative mind, if the Elephantmen movie does get released it’s going to be mind blowing and just as revolutionary as the comic if translated well from page to film.

Issue #39 will conclude the Killing Season series and at the moment I can’t imagine how they will deal with Yvette as something tells me rehabilitation or one of those last minute change of views wont be an option. 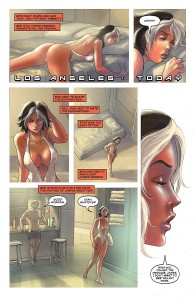