A Robocop reboot has been rumored for nearly twenty years. With the original movies being such cult classics it’s hard to believe that even with today’s CGI we could get a better cyborg cop than in the original movie.

The reboot sounds almost too good to be true in some respects. Although it’s not really needed it looks to have been approached with a lot of care be it a little rushed.

Being mid 2012 now the movie has been announced to be getting a summer 2013 release date. This will hopefully be pushed back to give the script and CGI time to mature with feedback.

Casting for the movie seems to be well in production Robocop aka Alex Murphy has been cast as American/Swedish actor Joel Kinnaman (The girl with the Dragon Tattoo). Other cast members include Gary Oldman as Norton Robocops creator, Samuel L. Jackson (Avengers) as Pat Novak.

Abbie Cornish has been cast as officer Anne Lewis and Hugh Laurie as the evil Omni Corp CEO who will be set on selling out the safety of the city to further military deals.

Script wise not much is known but a few pieces of concept art have been leaked on the net which show Robocop to be an Iron Man esc suit. 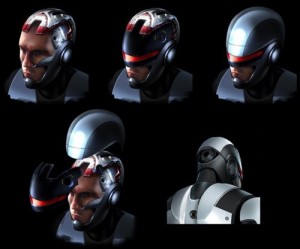 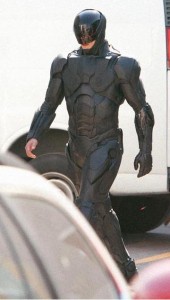 The first picture of Robocop has been leaked online thanks to someone close to the set. It looks close to an Ironman / Batman cross over. 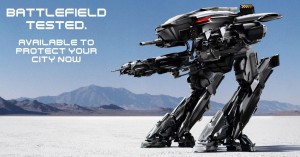 A Robocop viral site has launched and shows off the first picture of ED-209 from the upcoming 2013 remake, it’s early CGI but looks epic.