As part of Warner Brothers slate of movies base don DC comics they are expanding the universe with some stand alone movies set in the same space. The Blue Beetle which is going into production is based on comics about a kid who discovers a Blue Beetle scarab which morphs into a battle suit allowing him to fight crime and travel in space. 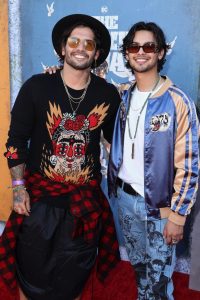