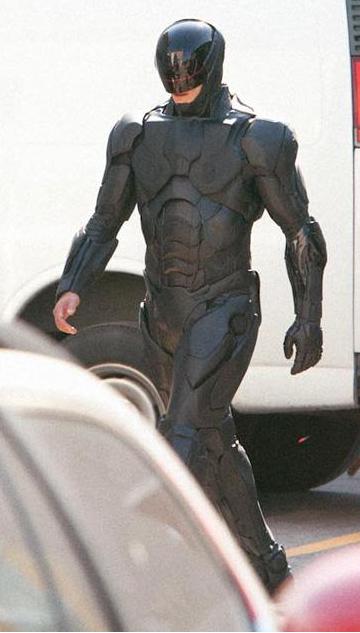 The Robocop reboot which is set to be released next year has been over a decade in the making and this is the first picture of the new Robocop costume.

The picture taken in Toronto where its currently being filmed shows the final suit from OCP and although it doesn’t look much like the classic Robo most of the back story is suposidly still there.

Judging by the costume it looks like the concept art may have been based on Batman meets Iron Man which might sound like crazy idea but combining two of the most popular comic book movies released recently might give Robocop a decent welcome.

With a cast including Gary Oldman, Michael Keaton and Samuel L Jackson it could be a major contender for Superman which is also out in 2013.

Thanks to comingsoon.net for the picture.