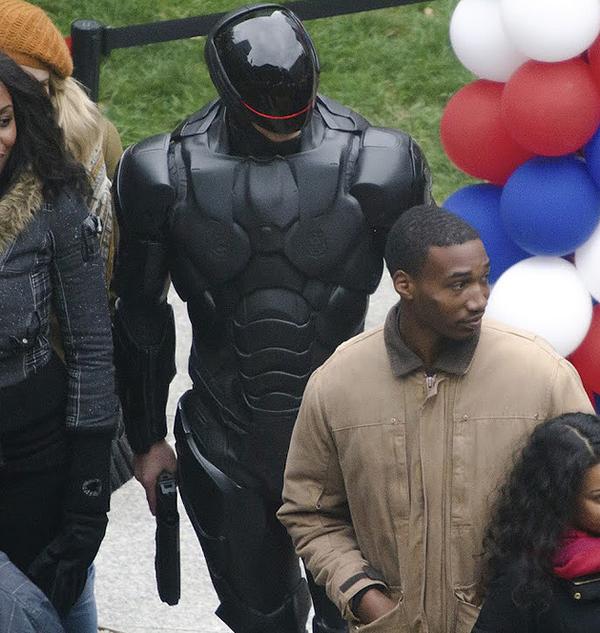 Another awesome open set for the filming of Robocop, this time they seem to be filming an opening presentation where OCP present new product like Robocop to the world.

The pictures show the state of the current economic situation where on one side we have people protesting out of work and on the other side we have rich war mongering business men showing off the new toys. Similar to the old story but with a higher budget and a little thought in the budget.

You may also notice Robocop breaking out the mini machine gun he had but in a much more slim line incarnation compared to the original. Maybe to stop a riot maybe just to show off the arms. The pictures show a much closer up view than the ones we saw a few weeks ago on set.

I’m really glad they kept the classic Robocop setting where he’s a futuristic cyborg cop but its still set in the present or very near future. It’s always been one of the things that makes Robocop different to other cyborg based movie, where films like Blade Runner set everything in a much more futuristic set Robocop has always looked at home in present day. 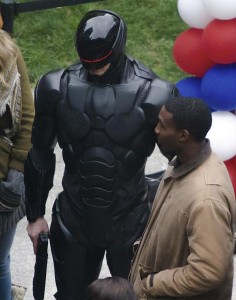 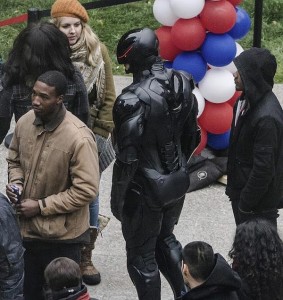 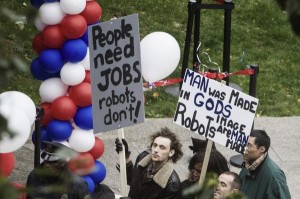