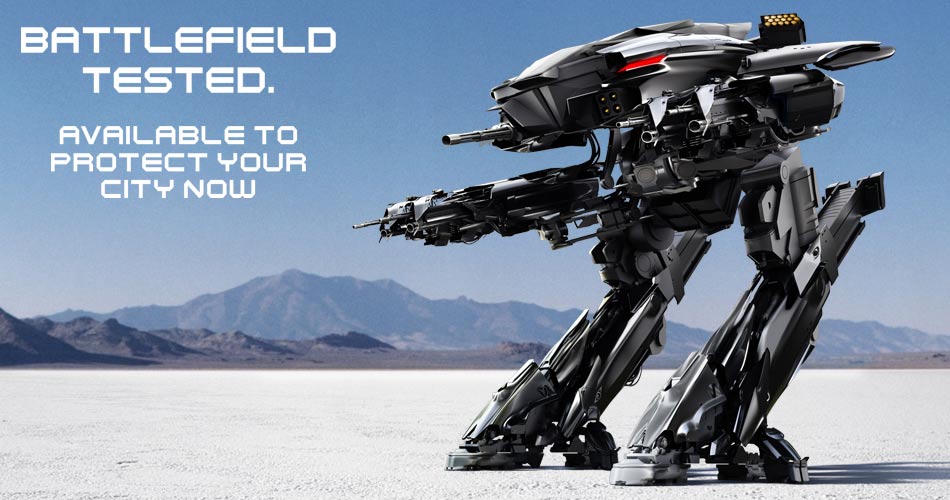 Since the upcoming 2013 Robocop movie was announced we haven’t seen much in terms of concept art or test footage which for a normal film would be ok, but with films which are heavey CGI the studio usually like to test the water with fans.

The first footage of ED-209 also comes with an unmanned OCP plane thanks to the latest viral campaign on omnicorp.com. Both robotic police units seems to be ex military and are now used on the streets of Detroit.

CGI wise they both look fairly rough round the edges, they would have been awesome a few years ago but one thing we have learned from Transformers is silver spikes and guns don’t always work as audiences seem to favor more organic deisgns.