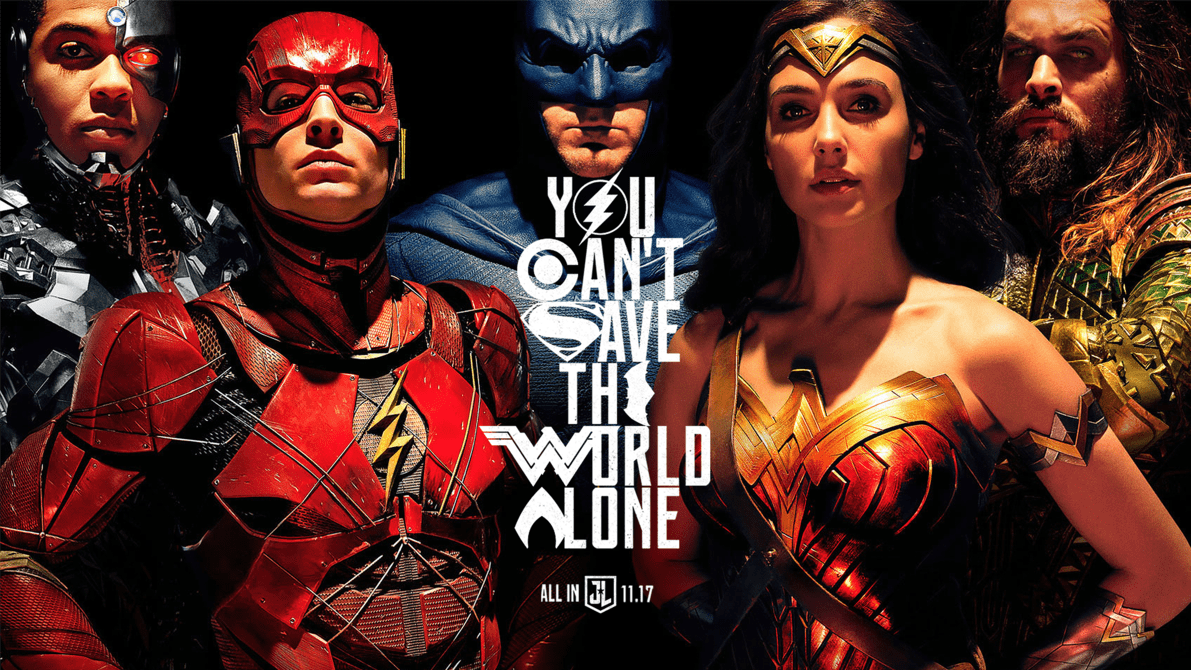 "The best movie of the year"

It’s taken too long foe WB to make this movie but it was well worth the wait.

We’ve seen team up superhero movies in the past with the likes of the Avengers and X-men and it’s always seemed like a bit of a stand off for screen time and who’s the biggest actor at the time. This is the first movie since maybe the first X-men movie that that’s not been an issue. For a two hour movie they have done an amazing job of making sure everyone had a good amount of screen time and it’s full of nods to the comics and easter eggs for the eagle eye fan.

The movie carries on a little after Batman vs Superman left off. Superman was killed in the fight against Doomsday and the world is mourning his loss. Crime levels are up as the world seems to be without hope. Most people who know of Batman seem to fear him, Wonder Woman saves people but keeps to herself as doe the Flash. The world needs a new symbol of hope.

Batman’s been investigating the pending alien invasion as signs of Darkseid’s arrival are looming. He starts to recruit the heroes Lex Luthor was watching in Batman Vs Superman. I thought this part of the movie was really well paced, he could have just gone from location to location and told them they need to help him save the world and job done but thankfully the writers and put in a bit more depth to the recruitment bits. Aquaman isn’t too keep on joining, Flash is hard to pin down and nobody knows much about Cyborg or who he is.

I’m guessing the movies main function was to unite the Justice League and let them deal with a world ending threat and it’s done an amazing job of that. I’ve left the cinema wanting to go back and see it again and maybe a third and fourth time.

The movie overall improves a lot of Batman Vs Superman mainly on the pace and the fact they managed to fit so much more into this movie. For example there is one scene which reminded me a lot of Lord of the Rings where it’s a flash back to a long time ago when the Amazons team up with Atlantas and the Armies of Man all fight side by side along with guardians from other worlds (Green Lanterns). It was a great scene which I kinds of wish I could have seen in slow motion just to take it all in. They really don’t shy away from teasing things to come in this movie.

For a movie which has numerous troubles during development from Ben Affleck and Zack Snyder having personal issues, a normal job would have given them time off but unfortunately they had to work through a lot of personal troubles while filming. Joss Whedon came in towards the end to finish off the movie which I think must have cut a lot of scenes from original movie as the running time is only two hours, considering they filmed extra scenes they could have cut 45 minutes from Snyders version which I’d love to see.

I really hope WB can invest more into the DC movies, they have been amazing so far but the frequency just isn’t enough. There are so many characters teased in this movie like the Green Lanterns, Amber Heard’s amazing Mera and the imposing threat of Darkseid which I just want more of. They even managed to improve on Lex Luthor on this movie, even though he had one line in the post credits scene, he seemed closer to his comic counterpart.

Overall it’s such a well made comic book movie, everyone seemed to bring something to the story and they helped each other out in some way or another. I can’t believe this is the first time we’ve seen the Flash or Aquaman in the movies without it being a cameo. I really can’t wait for their solo movies, especially Flash Point if they go with the whole Thomas (Jeffrey Dean Morgan) and Martha Wayne (Lauren Cohan)  being Batman and the Joker. I’m not sure if the concept would translate well from comics to movies but it could be really cool.

What would I change

The only thing that bugged me about the movie was the tash in the reshoots, Henry Cavill grew a mustache (which Ben Affleck later called a “full-on porn-star moustache”) for his upcoming movie Mission Impossible 6. Paramount let Cavill leave the set for a few weeks to reshoot scenes but he wasn’t allowed to lose the mustache. They have to CGI that out of the movie and I’d like to say it’s not noticeable but it really is.

These tash scenes all seemed to be around the bit where they bring Superman back and the bits in the corn field which I think were originally a dream but now seem to be set in present day.

Strangely enough WB let there be a load of rumours of the last few months that Lex Luthor had been cut from the movie and they had cut Joe Manganiello’s Deathstroke from the franchie all together. Neither rumours seem to be true as they both appear in the post credits scene.