"The end to a very iconic and innovative TV show"

The Supergirl season 6 Finale has aired and it closed off a pretty historic six seasons.

The creators and writers of the series didn’t take a conventional approach on the superhero genre, it felt like they had a story of empowerment they wanted to run with and they did achieve it. The series reinvented a lot of classic DC comics characters and brought them together to create a lot of stories about diversity and being strong to yourself.

From being a fan of Supergirl since the 90s I followed the show from the pilot and watched every episode pretty much as soon as they aired. In the six seasons you could tell when it went in a slightly different direction. The first season started out with CBS and felt almost like a sequel to Smallville as it ran with a host of classic DC villains in a typical superhero fashion, later on it joined the ranks of of the Flash and Arrow as it was taken over by CW at season 2.

Melissa Benoist took over the cape after two very popular live action Supergirls, we had Hellen Slater who starred in the movie later to join the TV show as Kara’s adoptive mother and Laura Vandervoort who played Kara in Smallville and also joined the TV show as Brainiac. Although with all the multiverse action the series had later on I’d have loved for them to return as an alternative universe Supergirl.

Maxwell Lord was a great choice for an arch nemesis in the first season and with the amazing casting of all the characters and loyalty to the comics it did bring in a lot of comic fans. Although with a lot of comic book TV shows coming out and a switch to the CW network they needed to change up the direction to stand out from the crowd.

The show took a step back from the comic storylines and wanted to focus more on the characters they had built up. The direction to focus on a lot of real world relationship and diversity issues really helped build the characters and a loyal fanbase. I think this complemented the modern day approach to Supergirl and I know it must have helped a lot of fans who didn’t have representation in other primetime shows and movies.  The Supergirl writers took a brave direction and I really applaud them for it. They could have just brought in weekly DC villains but went for a much deeper approach.

From following the show for so long and the cast on social media I did see a change in the audience. I remember some people commenting on the casts social media posts saying they didn’t want to watch the show anymore because they didn’t want their kids to see lesbian relationships on TV, it’s ridiculous how some people are against diversity and representation in the media. I’m very grateful for the direction they went, I’m sure it’s helped hundreds of thousands of people out there.

The casting of Melissa Benoist as Supergirl was very well done, I think she did well to embody the character on and off screen. When she started the show in 2015 being married to Blake Jenner later getting divorced in 2016. Later on in 2019 Melissa came out with the horrifying experience she went through and even shared her domestic violence journey with a very emotional post on Instagram. This for me really made a strong point and why representation in the media is so important. She was very honest about her experience and I’m sure it’s helped countless people and probably saved a few lives too.

With the way they left season 6, it didn’t seem like they closed the door on Supergirl but opened it to more opportunities in the future. I’d love to see Melissa return in a Supergirl/Superwoman show or one of the DC movies in the future.

Season six had a very broad audience and the whole season seemed to shine the spotlight on each of the characters so there was something for everyone. They even brought back Jon Cryer’s Lex Luthor who teamed up with Nyxly a fifth dimensional imp to step up the danger in the season. Jon did a great job of playing Lex I hope they can bring him back for Superman and Lois season 2, I almost passed on Superman and Lois season 1 but finally caught up and thought it was amazing by the end. It’s a new take on the Man of Steel but I think it’s a movie quality TV show through and though.

The finale was split over two episodes and I had the feeling a few times that it would end with Kara sacrificing herself to save the universe in a typical superhero way. Thankfully they went with a different approach where Kara instead made a video to inspire people to want to save themselves. Something that echoed what Melissa did in real life. It ended with Cat Grant returning and doing an interview with Kara as they introduce her to the world as Supergirl to remove the secret identity. It was a great ending that I hope is the start of something new, either a new series in a few years or even a comic book version of season 7 in a similar way to how they continues Smallville and Buffy.

One thing I will miss about this show is all the behind the scenes updated from the production crew. Melissa’s stunt double Jennifer Clarke always posted some amazing shots of her and the cast. They must have had a lot of fun in front of and behind the camera and Jennifer has built up a good following of her own. 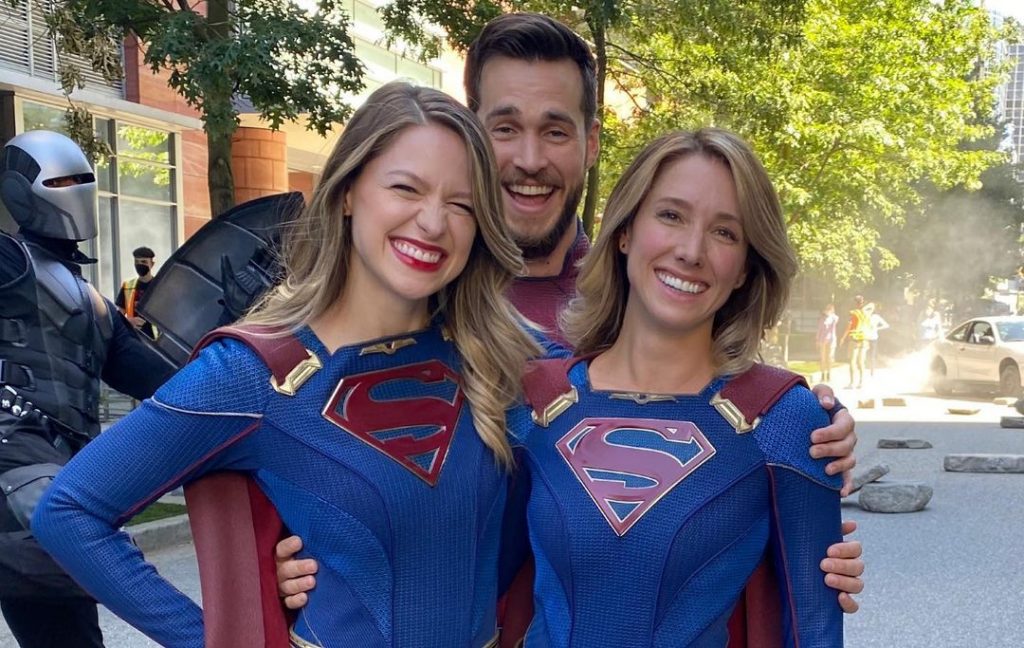 Overall it was a great finale to what was a very iconic six seasons of TV. They managed to bring back most of the cast of stars from over the years and it was really nice to see a series finale where the main character doesn’t die or give up. It left the door open for any and all the characters to return in other CW TV shows and for them to return for another season if they wanted to in a few years. 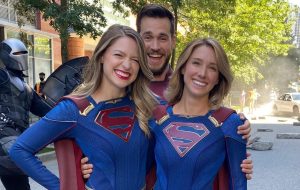 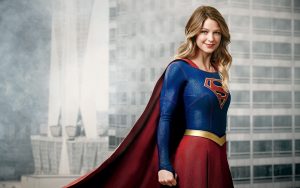