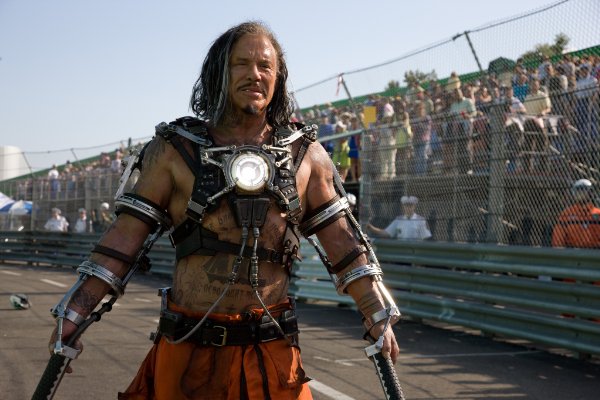 I have to admit before Sin City I hadn’t heard of Mickey Rourke but since then he has has huge success with his career and has now landed the role of head villain in Iron Man 2. Mickey will play Whiplash who is a bit of a technology freak and as you can probably tell from his name is also a fan of whips, which I cant see being a big threat to Iron Man but we will have to wait and see how this one turns out.

Also Staring in the new Iron man film is Scarlett Johansson who will be playing the Black Widow which will possibly cross over to the new Spiderman movies and the Avengers.

After the success of the first film Robert Downey Jr and Gwyneth Paltrow will be returning for the sequel unlike Terrence Howard who has been replaced with Don Cheadle who will fill in the part of War Machine in the new movie.

Not too much is known about the story so far apart from Tony stark will be struggling with the hero status as Pepper Potts has moved on to a new man. Meanwhile Whiplash develops technology fairly similar to Iron Man’s power source, and somewhere in between all that they will fit in Black widow and an appearance from Nick Fury who manages to find his way into a few the recent Marvel moves.

The film is set for release in the summer or 2010 a few months before Samuel L Jackson gets his own comic book movie in Nick Fury and wont have to play that secondary character lurking in the shadows of other Marvel based movie’s any more. He will also be in the upcoming Thor film due out in 2011 which will lead up the Avengers in 2012.