Supergirl teams up with Superman in season 2 teaser 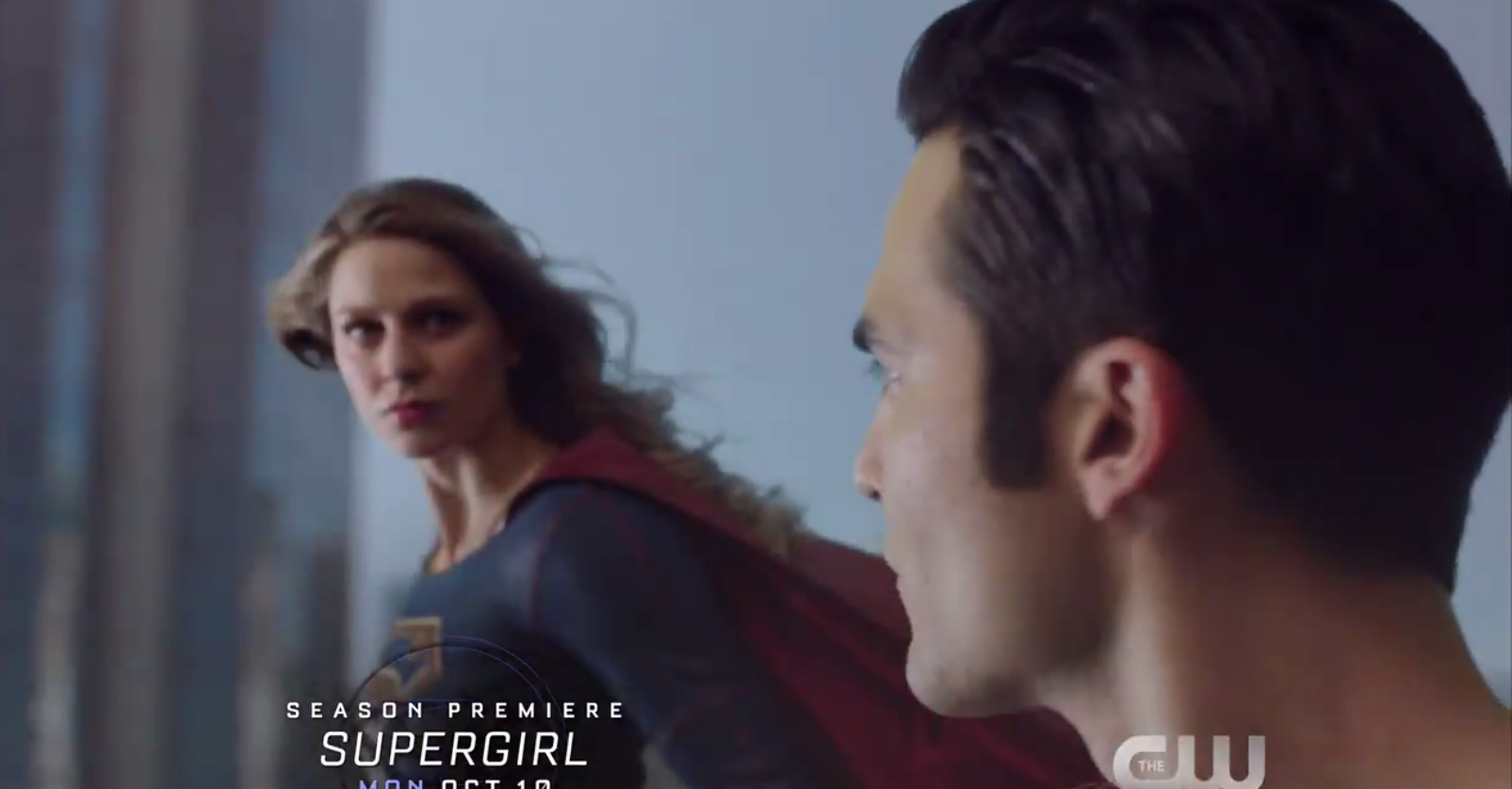 Now when they announced they were casting Superman in season two of Supergirl I had all confidence they would do the right and easy move to cast Tom Welling back in the role. He played Clark Kent for 10 years and more screen time than any other actor. Being a massive Smallville fan I’d have loved to see it. When they cast Tyler Hoechlin it would be an understatement to say I was disappointed.

One thing CW doesn’t’ do is cast badly, they did an amazing job with Melissa Benoist and making the hard decision to cast Stephen Amell instead of the long running Justin Hartley (Smallville Green Arrow) was met with disappointment from fans too at the time but in the end it was the right thing to do. Amell has made an amazing Arrow and it’s given them a chance to tell a new story with the character.

With that in mind and seeing this spoiler I’m thinking the decision to Tyler Hoechlin may have been the right thing. The costume has started to grow on me and overall he looks like a great Superman next to Melissa Benoist and may fit in with the tone of the show a little better.

Also the Smallville fan in my has a hope that they may introduce Earth 4 or another alternative reality which is the Smallville Universe and we can see both Tom Welling’s Superman, Laura Vandervoort’s Supergirl and Erica Durance’s Lois Lane cross over with the current generation of heroes.