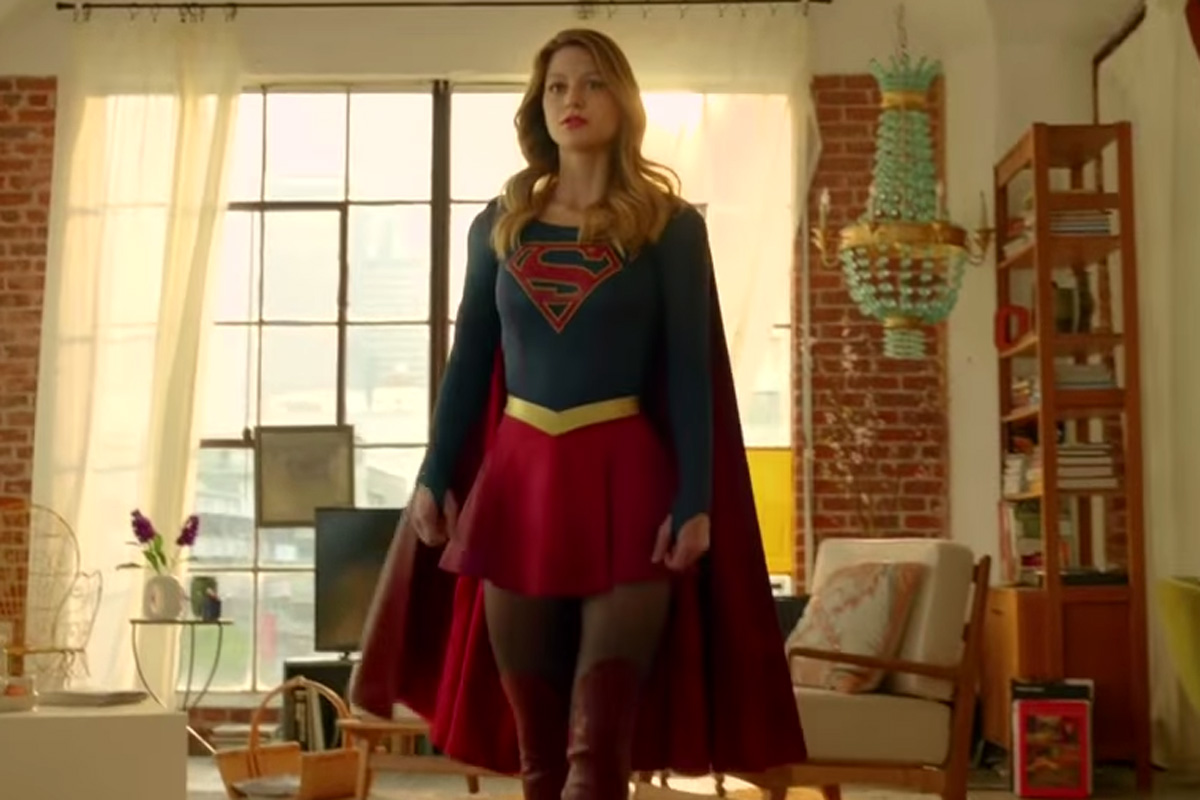 When Smallville finished it left a big hole in TV for fans of the show. Even compared to today’s Flash and Arrow it was way ahead of the curve and made great use of the source material to give us a TV show worthy of the man off steel.

Where Smallville left us as Clark Kent became a fully suited Superman the new Supergirl show takes off from that point. If you can see the similarities between the shows it’s probably overlapping preduction crew like Writer / Director Glen Winter bringing back some of the Smallville magic.

When we first saw Melissa Benoist suited up in the Supergirl costume a few weeks ago it left a lot of fans skeptical about the direction. It was overall similar to the Man of Steel movie and perhaps a little too dark.

Now we get the first decent look at the show it’s obviously a lot brighter and even has some comedy in which some of the comic TV shows have lacked.

Being a massive fan of Supergirl to the point I even stopped reading the new 52 due to the costume change I really like the new look Supergirl. They have also made this show at just the right time as the special effects look amazing even if it was a movie and to utilize all this technology on a TV show it’s going to be fun to watch.

Taking off from what Helen Slater started with the original movie and what Laura Vandervoort adapted in Smallville this looks like a costume which wont offend or disappoint anyone.

In the six minute trailer we get introduced to a lot of new and old characters and it leaves a lot of questions as to what we will see in the first season. If each episode has half the action of this trailer I hope we see a tenth season of this show.