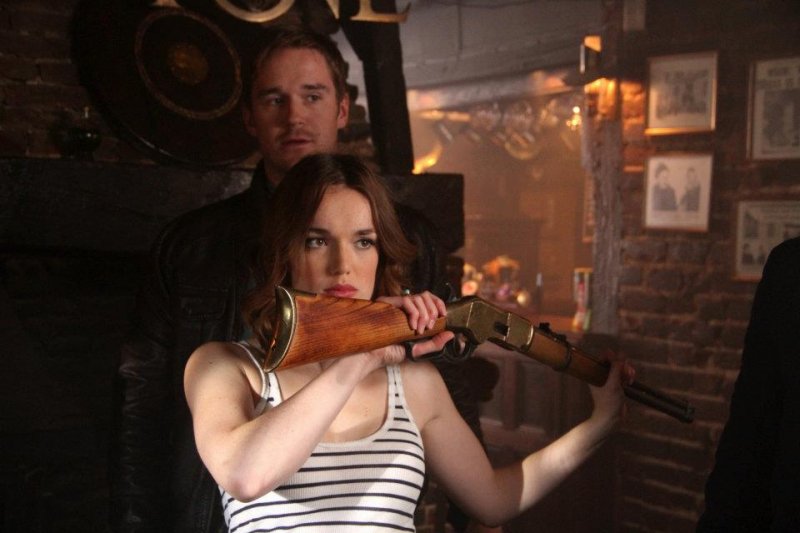 The SHIELD TV seires could actually be one of the biggest shows to be produced since Happy Days, it’s brining creative mega star Joss Whedon back to TV and has so far assembled a pretty cool looking cast.

The first agent to join the team was Agent Coulson from who has been a long standing supporting actor in the movie franchise and will help integrate the two worlds. If we see any other actors crossing over from film to TV it would make the show even cooler. Although the TV show will allow them to use more secondary Marvel heroes and villains who would have otherwise not made it into the movies.

As the the latest cast update we now have Elizabeth Henstridge who will play science expert Gemma Simmons, Elizabeth is a British actress from Sheffield who only got her first TV role in 2010 and has since made a big impact in each part she played. She is the second female to join the cast after we recently confirmed Ming-Na Wen had signed up.

The second new team member is Iain De Caestecker who will play the technology expert Leo Fitz. Iain is from Scotland and again has a strong television acting history.

When the SHIELD TV show was announced a lot of fans hoped we would see some the peole cast in Joss Whedons other TV shows like Fire Flay and Buffy but so far none have been attached to the series which will air next year.

We still have a few other cast updated to look forward to and also yet to see anyone cast as villain so far. One fairly strong rumour is we will see Beta Ray Bill as a reoccuring feature in the series along with other characters to fill in for the missing Avengers.