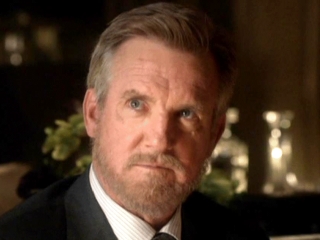 There have been numerous comparisons between Batman and Arrow, the creators have even said they take a lot of inspiration from the Batman movies and comics . The Green Arrow was made to be the closest thing we can have to a Batman TV series with the movies in production.

In the latest episode of the Flash (Season 2 episode 6) we saw a news report from Earth 2 which mentioned how Oliver Queen died at sea and Robert Queen his father was the one who survived.

Although this might not nod to anything specific if you have read Flashpoint you will know the Earth 2 Batman was actually Thomas Wayne, Bruce’s father as in that alternative reality the mugger is the ally shot Bruce inspiring his father to become the Bat.

Putting those facts together it might be a hint at what might come in future episodes of either Arrow or Flash. Imagine a much darker version of Arrow where Oliver died and Robert takes over crossing the names off his own book.

At the moment Jamey Sheridan who played the original Robert Queen in Arrow doesn’t look to have been cast for any upcoming episodes but it might be something we have to look forward to next season or it’s possible they have recast him like the original Sara Lance.

This season of Flash is really feeding all the fans of the comics with things like this and that Kryptonian ship in the background of Star Labs.