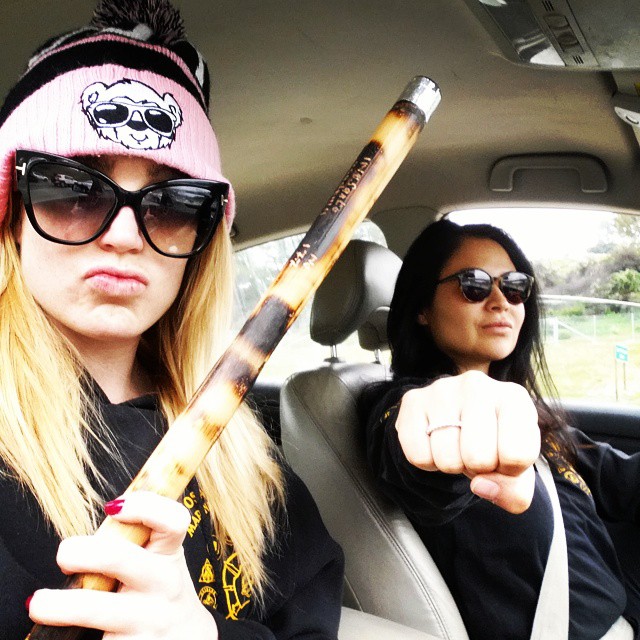 Forget about Batman and Arrow being trained by Ra’s Al Ghul as it turns out the real life Canary aka Caity Lotz  is being trained by Kung Fu legend Dan Inosanto. Dan in his prime could kick Ras’s ass twice over before breakfast.

For those Arrow fans who haven’t heard of Dan Inosanto before he is one of the worlds most respected people in the martial arts world. He started outhis mission to be a martial arts legend in the 1960’s when he trained with many of the biggest names in martial arts at the time including working closley with Bruce Lee. At one point he even tought Bruce Lee how to use nunchaku (nunchuks ) and worked with him on a few movies.

Before Bruce Lee’s death Dan Inosanto was one of only three people he has certified to teach his signature form of martial arts Jeet Kune Do which makes him a very sought after teacher in the martial arts world.

A yellow belt is far off from a black belt but in filipino martial arts it’s still a very tough. This basically makes her the most deadly member of the Arrow cast and the closest thing we have to a real life super hero in the world. I don’t think the real Canary has had training from Inosanto.

When Caity Lotz returns as the Canary in the Legends of Tomorrow series and you see her doing her martial arts thing remember she’s probably doing moves she learnt from the guy who tought Bruce Lee how to use Nunchuks.