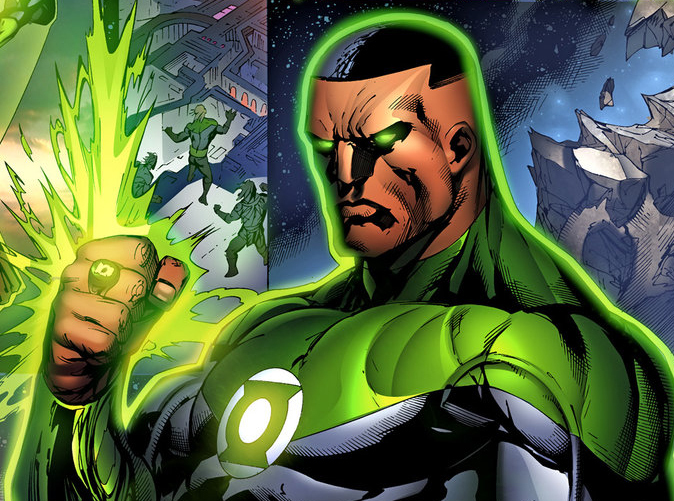 When Arrow started to take off we saw a whole new DC Universe start to develop one where Arrow was as important to the DC TV world as Batman was to the DC movies.

With Arrow came a whole new vision and back story for some characters as it reintroduced some and made some new ones up all together. One of the most prominent new characters has been John Diggle. He started off as Arrow’s body guard and has fast become a crime fighting machine.

Recently fans have been speculating about his future as his back story lines up a lot with John Stewart one of the Green Lanterns who has been around since the 70’s.

If John Diggle did turn out to be John ‘Stewart’ Diggle it could be a massive game changer for the DC TV universe.

When David Ramsey (Diggle) was interviewed by comicbookmovie.com and asked if John Diggle would become John Stewart he replied.

I’m serious! I do know that there is serious discussion about whether or not this guy becomes John Stewart. But, I mean, I’ll say this: it is top secret. David Ramsey has asked them, and they’re like, “we’re working on some stuff.” If that’s the case, it’s gonna be huge. This is the stuff they want to avoid. I think they don’t want anybody to know yet and they haven’t even told me. They have told me that they are thinking about it and they are considering it. Greg Berlanti told me that. Andrew and Marc have told me that. I haven’t spoken to Geoff Johns about it, yet. But that’s the word from people directly involved in Arrow- that they’re working on something.

Here’s the truth of it: if I knew, I would tell you I knew and I’m not at liberty to tell you that. I probably wouldn’t tell you anyway! I would at least tell you that I know. But I honestly do not know.

It sounds almost like he almost let something slip and then tried to cover it up. Either that or he is just teasing the fans.

I honestly think they would go down this road and bring us a Green Lantern TV show they thought they could pull off the special effects work on a TV show budget. Personally I’d love to see this play out even if Diggle just had the ring for a few episodes of Arrow and then had to give it back.

If DC could bring us a TV version of Green Lantern and Atom it would leave us just a Hawk-Man away from a Justice Society which would leave the Justice League to the movies.