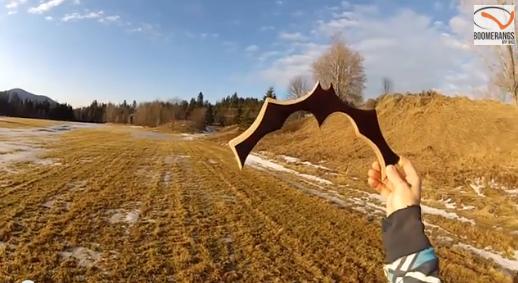 With the Batman vs Superman movie being pushed back to 2016 it’s time to forget about the movie for a while and sit back appritiate other Batman related news.

This is a custom made real life returning Baterang which looks like the ultimate accessory for any Batman cosplay.

When news of this first came out it looked like just another prop Baterang but take a look at the video below of the coolest boomerang on the planet.

This doesn’t just need to be used for cosplay though as it has a thousand uses which include catching criminals, knocking high fruit from trees and showing off to your friends.

The Baterangs were designed and made by Boomerang expert Victor Poulin who is selling them for $55usd.