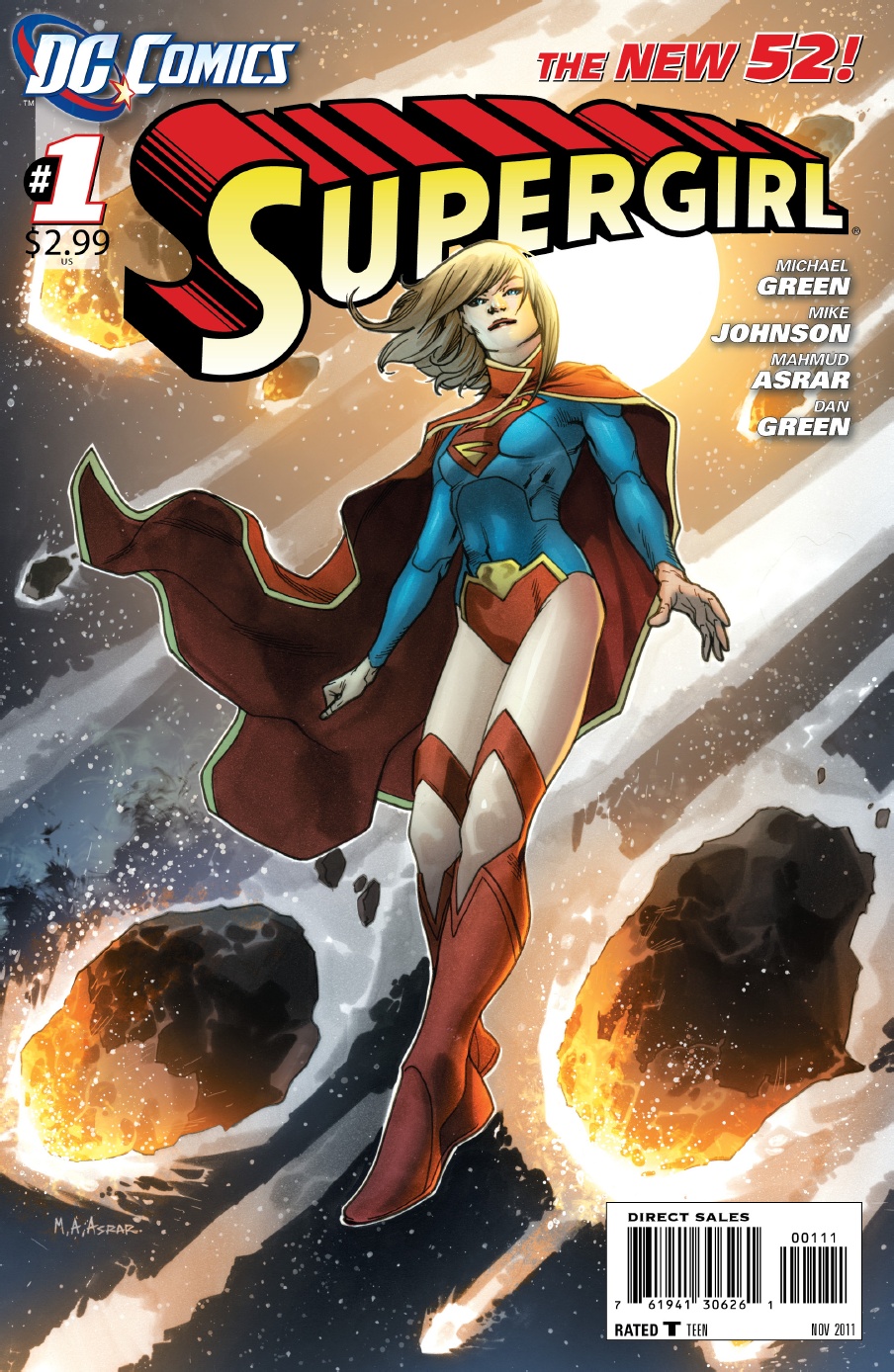 The DCnU reboot has given fans a whole new dimension to a lot of classic characters. Supergirl was one of the female characters who was reinvented to give her more realistic proportions and costume. The new look well complements all the classic versions of Supergirl and gives a new dimension to the character.

From the first look of DCnU Supergirl we saw a few weeks ago most Supergirl fans loved the new look costume. She’s a cross between the Michael Turner Supergirl which launched her last series which was loved by most but many found her figure too unrealistic.

The new Supergirl costume to be reminding me of a cross between classic Supergirl and Power Girls Costume along with the figure of Smallvilles Laura Vandervoort which everyone agreed was awesome.

In the first issue she crashes to Earth much like Superman but her ship crashes right through the Earths Mantle and lands in Russia. Very reminiscent of the Red Son which I have to admit was a bit of a turn on as I loved that story. Thanks to Grant Morrison for the awesome story and Mark Millar for writing it.

When she crashes she has her costume and wakes very confused. She lands in snowy Russia with her powers coming to her rapidly one at a time while being attacked by Robots that look like they may be Luthors.

If the creative team keeps it’s one that will remain on my standing order Mahmud Asrar’s artwork has shown great impact for just the first issue and the story although not much has been show so far looks in good hands with Michael Green & Mike Johnson.