When the DCnU first started it was something no other publisher had done before, not in comics or any other industry I can think of. They rebooted decades of popular characters taking titles like Action comics which were months away from the 1000th issue and taking them back to #1.

DC have announced the demise of six of it’s less popular titles and replacing them with six new sure to sell out titles. One of which is a mega surprise. The return of Earth 2 is among the new titles.

DC reported the following titles will be canceled once they reach issue 8 in April.

The least popular titles have already been cut which could make the full run of these even more valued in the future to collectors. But to people who read comics will know some comics get canceled for a reason, *cough* O.M.A.C.

The second wave of DCnU will include some amazing titles which I’m left confused to why they didn’t get included int he first wave of the DCnU.

I don’t think I could be any more excited the return of Earth 2. DC reported one of the reasons for the reboot was the confusing nature of Earth 2 and the Crisis Events but it seems DC wants them back and too right.

We also see the return of super comic legend Ian Churchill as he takes a short break from his creator owned Marine Man series. Marine Man of course is a must read too if you can find a copy of the sold out TPB. 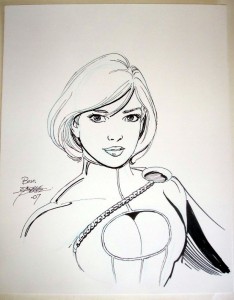 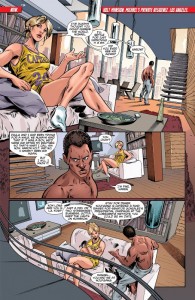