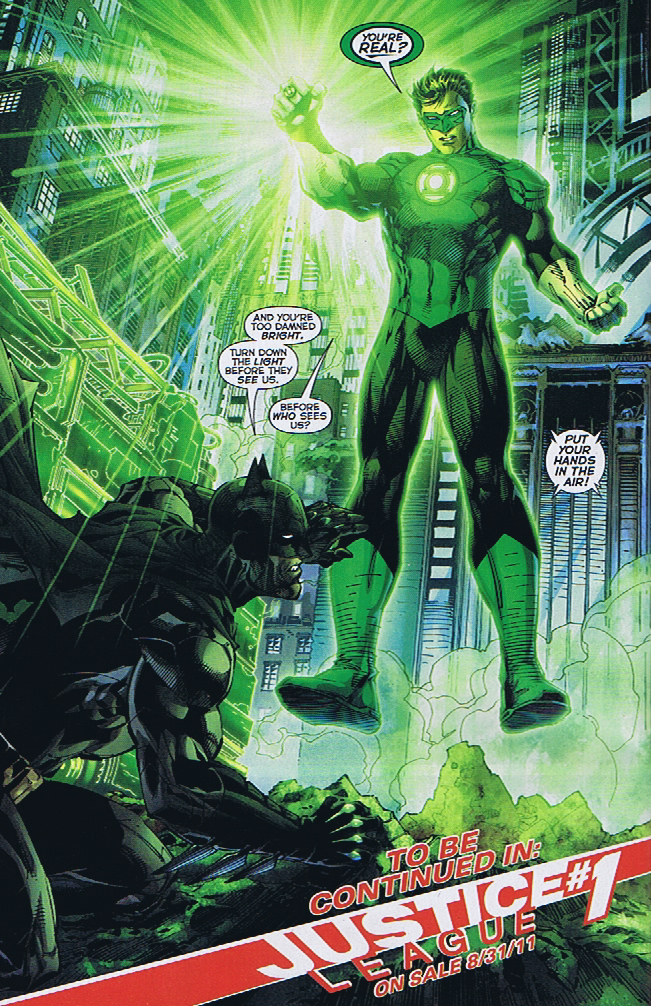 A small step for fans a huge step for DC Comics. Justice League #1 of the DCnU has been out almost a week now and the aftermath is here in full force. What should have been the most epic comic of the decade for most was just “Meh”.

Both Jim Lee and Geoff Johns are the figure heads of the current DC comics creative team and both took lead in this first issue. So far most review and feedback go down the lines of “it was Meh” or “Well it was ok”. Not that it wasn’t good it most definitely was a cool first issue but maybe not what fans have come to expect from the creative team and the fact this issue launches the new DC Universe.

Reasons that made this issue a little less than epic include.

Things that made this issue pretty epic and a must buy

A Few comments from the DC Boards.

Medicore, matches the art, the writing and story so far. Pretty much what you could expect from Johns and Lee.

I was bored. Jim threw everything he could into the art to make it looks busy, dynamic and exciting, but I just found myself not caring. Geoff”s story wasn’t bad, but after all the hype I was expecting a little more bang for my buck than watching the same “heroes meet, there’s a misunderstanding and they fight” approach.

It was actually significantly better than I expected, the banter between Batman and GL was actually enjoyable. Kinda funny that here in the Justice League book it seems like Johns is writing his best Hal Jordan in a loooong time.

Cannot say it was worth all the hype, not that impressed with the “new” Superman, suit is nowhere near as good as the original, good art but even god art can’t make the ridiculous look good, having a bit of buyers remorse, 2.99 could have been better spent on a burger at the deli net door.

Damn! Just finished reading it. I loved it, but the ending ahhhhhhhhh. Damn it. Now we need to wait till October. I loved the interplay between Batman and Green Lantern. Superman looks bad ass. Definitely gonna pick up Superman 1.

I also find it interesting that this issue centered around two characters basically untouched by the reboot.

Feedback so far is that is was average. It might be a sign that DC Comics is now only writing comics based on movies and not the other way around.

It’s going to be on the standing order into the new year before the switch back to graphic novels so I’m hoping Johns and Lee can turn this around.

Take a look at what’s left for DC Comics in September.