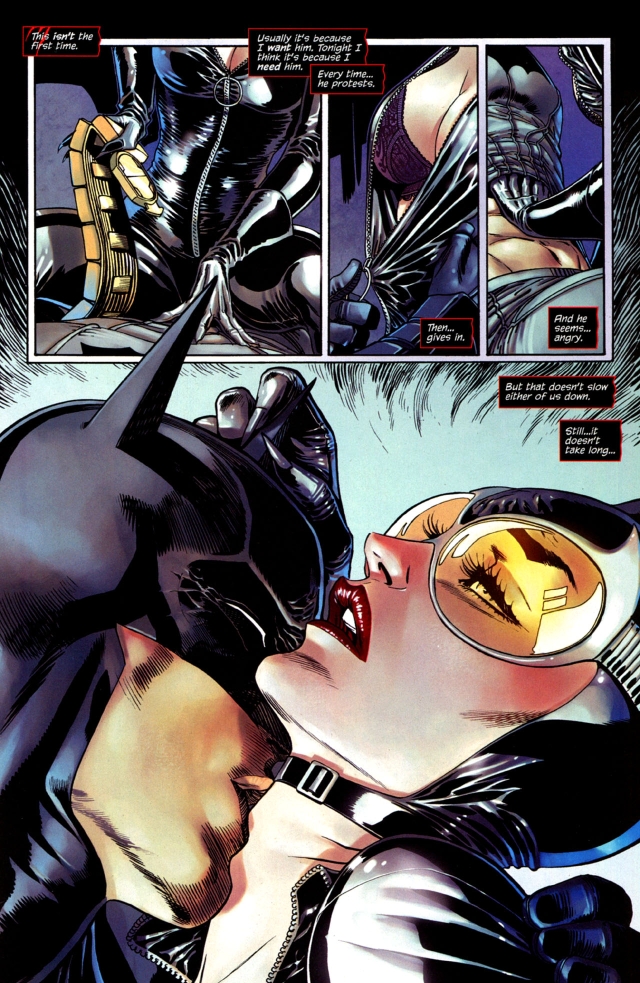 DC have really brought some of the best features out of each of the DCnU. When it comes to Catwoman shes the ultimate anti hero. This comic is a great example of why they needed to add Catwoman to the Dark Knight Rises.

The new series kicks off with a great first issue. Even though many have given it bad reviews out of the two local comic shops I’ve visited this was the only comic sold completely out this week.

The story begins with an introduction to Selina, from the first page shes partly dressed in her cat suit and partly not. Grabs a box of kittens and jumps out of the window before a gang of Gotham thugs blow up her new apartment.

Selina goes to visit a close friend Lola who sets her up with a place to stay her next job.

Selina goes undercover as a redhead and one prominent character on the page is that red hooded girl who has been appearing in DC comics recently. It might be a nod to Catwoman being part of the next DC Event.

After her first undercover job she moves into the new penthouse apartment with her box of cats and has a lonely moment till Batman shows up concerned about her last place being blown up and then the comic ends with a few pages of Catwoman and Batman doing it.

Overall Catwoman #1 proves that there is something for everyone in the DCnU. 52 issues have come out this September which have delivered exactly what DC wanted. A new universe where each character is defined with individual personalities for each series. Catwoman is well worth a read if you are a fan of strong female characters. 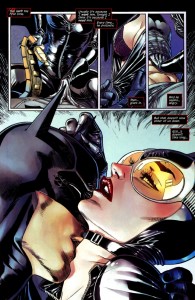 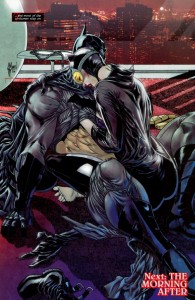