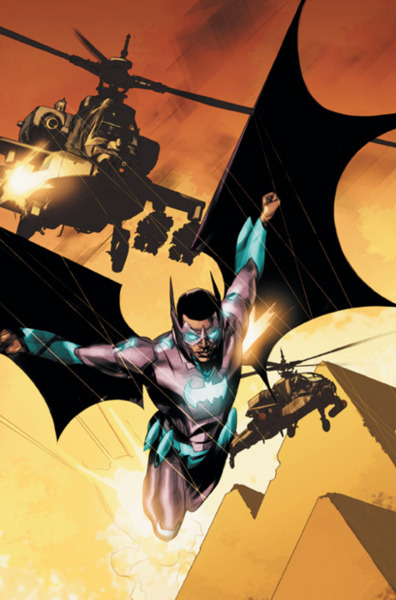 So far DC Comics decision to reboot the universe has proven to be a well thought-out master plan. It’s given new life to characters fans have grown to know for decades and could lead to countless new surprises for fans.

Batwing written by Judd Winick (Green Lantern, Pedro and Me) is one of the titles in the DCnU which we would have probably seen released at some point. It’s a spin-off from Grant Morrison’s Batman Inc which was unanimously and awesome comic to Batman Fans. That story kicked-off with Batman on a mission to go round the world to introduce new Batmen and give the opportunity to a select few to protect their cities.

Batwing was the Batman of Africa. One of the great things about the different flavors of Batman is they all have a piece of the original but each have different traits and have to learn what being a Batman is all about from day one.

Batwing wasn’t a kid who saw his parent being shot. He’s the only uncorrupted cop on the force. David Zavimbe aka Batwing has to fight less sophisticated bad guys, no Joker for Batwing his first bad guy is called Massacre. Massacre is a highly motivated crazy mofo who uses a machete and likes killing in large numbers.

Without spoiling too much its an epic read. He has a much cooler costume than Bruce Wayne Batman and seems to deal with his own new bad guys who are less theatrical and more gory from the first issue.

The quality of the DC 52 hasn’t disappointed yet and it’s started out to be one of the greatest months in Comic history.