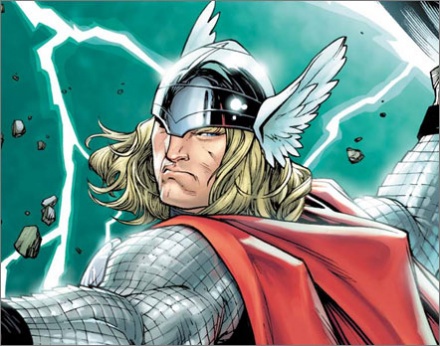 Marvel studios have announced that the they have brought the Thor movie release date forward from May 20th 2011 to May 6th 2011. Although it isn’t much closer it is nice to have an official release date. It will be something to look forward to after the late April Iron Man 2 Release date this year.

The Captain America Release date has also been released.

Thor is one of Marvels most powerful characters which makes this film one of the most important to get right. He is the Superman of the Marvel universe. I’m expecting a lot of good fights and a decent story.

Directed by Kenneth Branagh and staring Chris Hemsworth as Thor along with Tom Hiddleston playing Loki, Natalie Portman as Jane and Silence of the lambs star Anthony Hopkins playing Odin. I’m not sure how they will fit in Nick Fury but I’m sure he will be in there at the end.