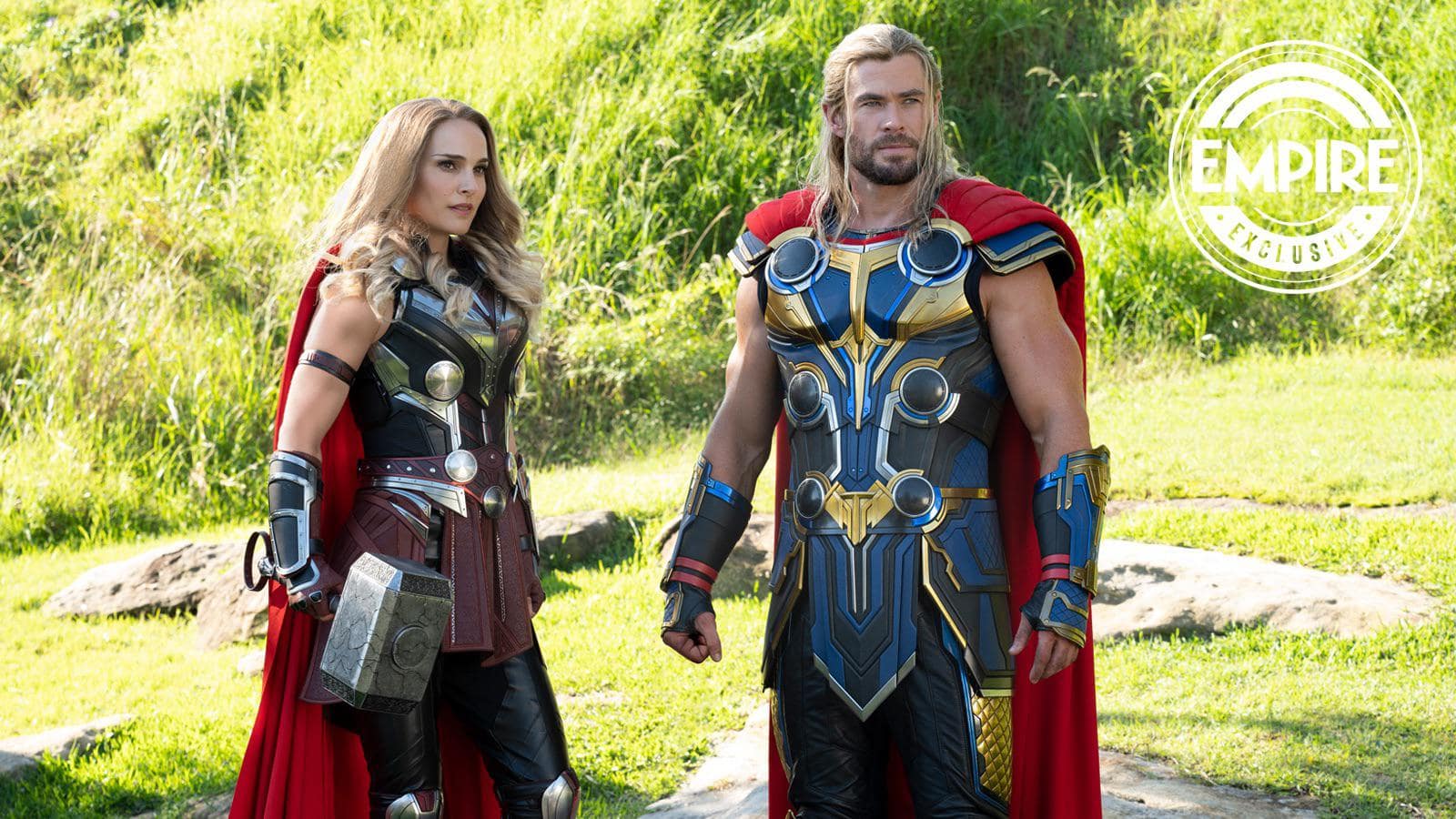 Avengers End Game looked like it might be the last chapter in the MCU for a lot of iconic characters. We saw Black Widow and Iron Man die along with Steve Rogers showing up as an old man at the end. One character that skipped out on the actual movie snap was Thor. He managed to stay in the MCU and grab the fourth movie.

The new Thor movie Love and Thunder marks the return of Natalie Portman as Jane Foster. I’m not sure how Marvel Studios managed to get Natalie Portman back as she seemed to miss out on the Avengers movies.

Either way, it’s epic news that we are getting both versions of Thor in the new movie. Personaly I wasn’t a huge fan of Natalie Portman’s Jane Foster in the first Thor movie but she’s really evolved the character and the chemistry between them has grown.

The latest picture comes as an “Empire magazine exclusive” and shows off both characters in their news costumes.

Thor has an upgraded look thanks to his new Stormbreaker axe.

When End Game first showed in the cinemas I thought Marvel Studios would struggle to create enough material to keep interest, but from seeing this and the new variants from Doctor Strange 2 my main problem with Marvel is they won’t be able to create enough material with all these new characters. I was more Natalie Portman Thor, A lot more Hayley Atwell as Captain Carter, and another Spider-man movie with the slightly rebooted story.