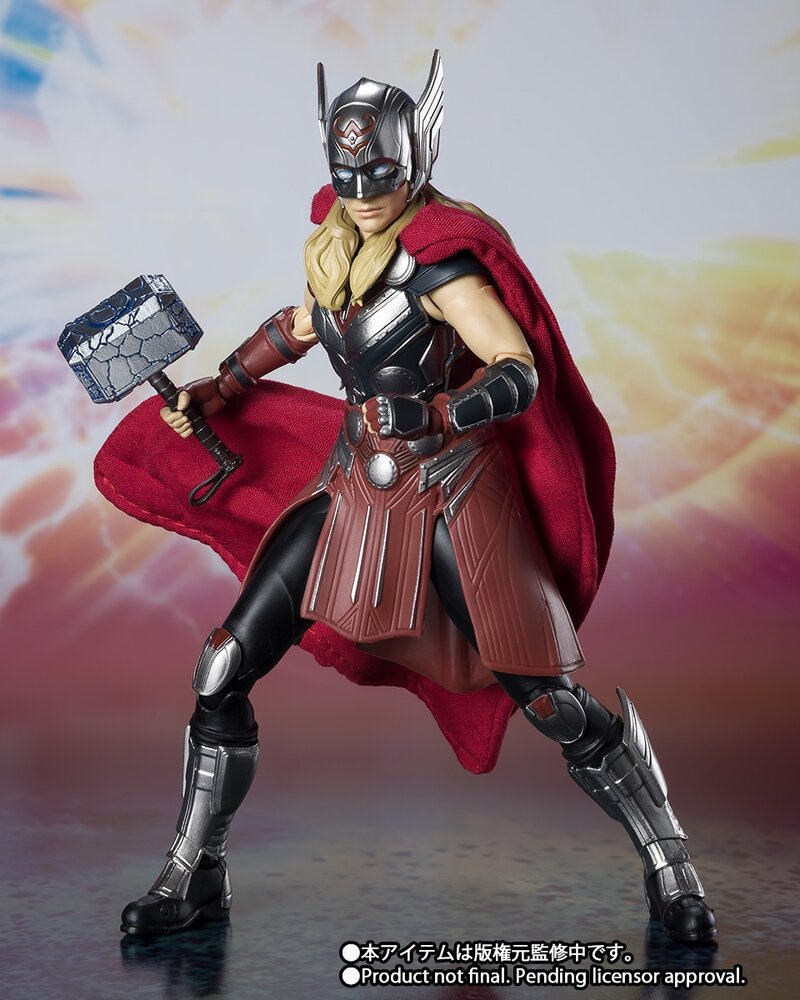 Thor Love and Thunder is going to bring back Jane Foster played by Natalie Portman who at one point looked to have stepped away from the MCU. Now in the comics Jane took over from Thor when he was unable to use his mighty hammer Mjollnir. In the movies it looks like we might see something a bit different.

In Thor: Ragnorock we saw Thor’s sister Hela destroy Mjollnir which left Thor to seek another weapon later on to fight Thanos. It was left in a pile of pieces in a field never to be seen again.

That was until S.H.Figuarts leaked some images of the upcoming toy line. Now unlike a few Marvel toy lines like the Lego series which kind of does it’s own thing, even Hot Toys to a degree make up a few details. S.H.Figuarts on the other hand are very accurate to the movies and the detail is spot on.

In one of the leaked photos, we see Natalie Portman’s Jane Foster with Mjollnir. Although it looks to be the original shattered version we saw left in the fielf.

Could it be that the MCU Jane Foster gets the power of Thor by reassembling the hammer? It does look that way at the moment.

We won’t know for sure until. July when the movie gets a worldwide release.