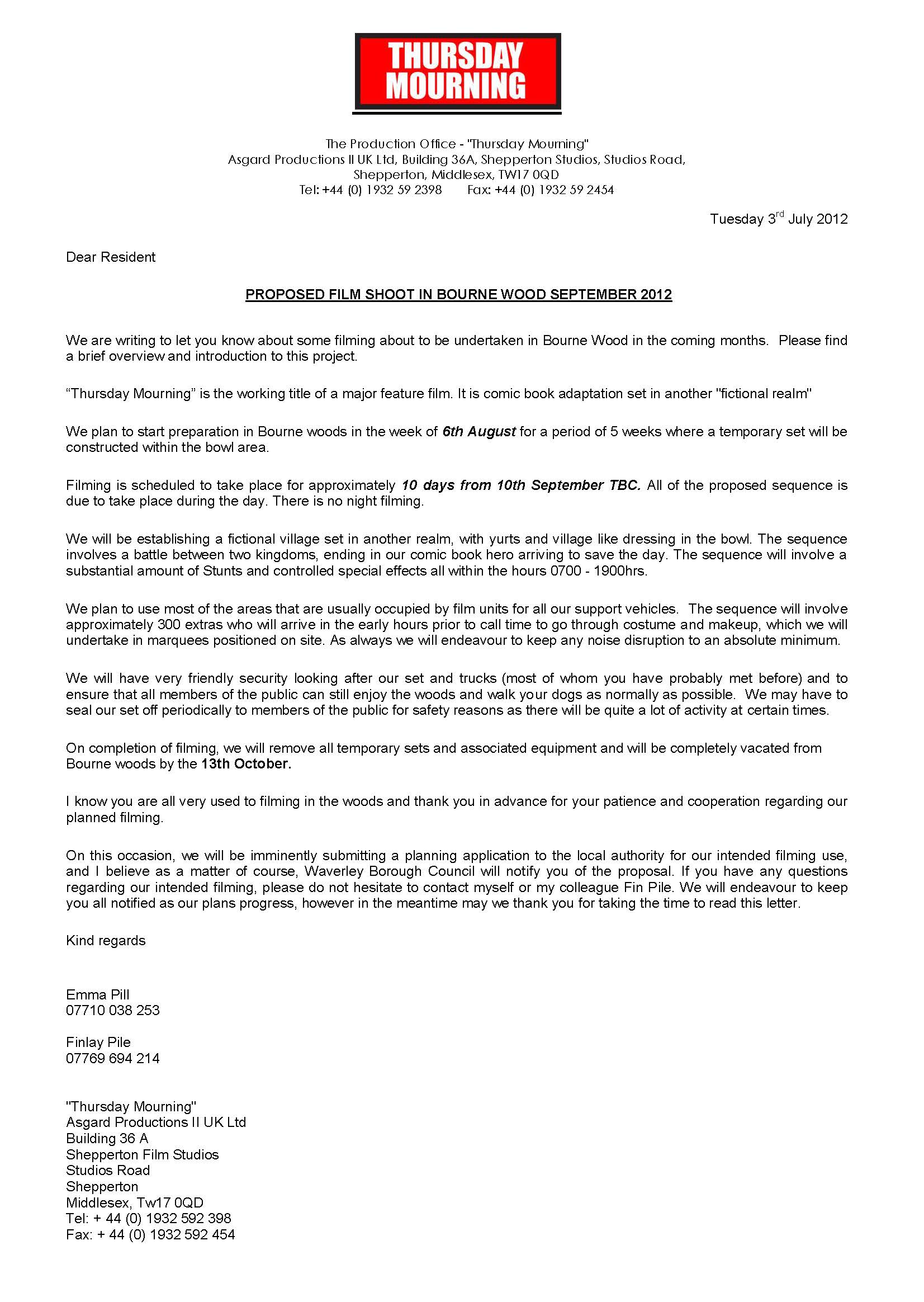 Marvel Studios will be returning to England this September to film an epic battle scene set in a forest set at Bourne Wood. A location which is frequently used to film forest scenes but not usually of such awesomeness.

The news comes from a notice to residents which talks about a movie code named “Thursday Mourning”. Although this doesn’t explicitly say Thor 2: Dark Worlds the main giveaway is the studios department name Asgard Productions II UK Ltd which sounds about right.

For those in England when Marvel Studios was filming Captain America it was one of the most exciting things that could happen for an Avengers fan. Captain America was being filmed all over England with some open sets lettings the public walk down a street from 1940s New York City.

With any luck we should have the same setup with Thor. If you are thinking of taking a look at the set from past experience the best time will be a few days before they start filming. So turning up to Bourne Wood in the first week of Sepember. This gives the studio 4-5 weeks to setup an epic battle scene but 24 hour security wont turn up till the 8th-9th of September.

Here’s a few quotes from the notice

‘Thursday Mourning’ is the working title of a major feature film. It is comic book adaptation set in another “fictional realm”

We plan to start preparation in Bourne woods in the week of 6th August for a period of 5 weeks where a temporary set will be constructed within the bowl area.

Filming is scheduled to take place for approximately 10 days from 10th September TBC. All of the proposed sequence is due to take place during the day. There is no night filming.

We will be establishing a fictional village set in another realm, with yurts and village like dressing in the bowl. The sequence involves a battle between two kingdoms, ending in our comic book hero arriving to save the day. The sequence will involve a substantial amount of Stunts and controlled special effects all within the hours 0700 – 1900hrs.

On completion of filming, we will remove all temporary sets and associated equipment and will be completely vacated from Bourne woods by the 13th October.

For the full notice. Thanks to SuperHeroHype for the news.