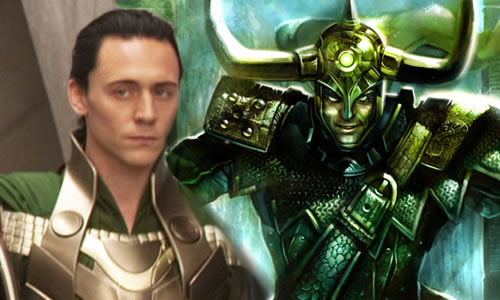 In maybe the most unexpected Marvel Movie News this year. In a recent interview Tom Hiddleston confirmed he has signed a contact to play Thor’s brother Loki in five more movies.

It may not be the epic nine movie deal Samuel L Jackson was rumored to have signed but it does indicate Marvel Studios is already planning movies past the Avengers.

From the sounds of all the leaks it looks like the Avengers movie may follow a similar story to Mark Millar’s Ultimates Volume 2. In the Ultimates volume 2 Loki turns the Avengers against each other and becomes one of the most worth adversaries the super team could face..

Obviously the first of the five movies will be Thor and the second will more than likely be the Avengers. But the others are going to be fun to guess.

Well, I don’t know. When I signed my contract, I signed to play Loki in five more Marvel movies, but they were unspecified. So, if there will be more movies or not remains to be seen, but I like the idea of Loki turning up in the shadows when people least expect him, but you never know these things, the world changes and the things change, but I feel like I know who Loki is, so I wouldn’t mind.