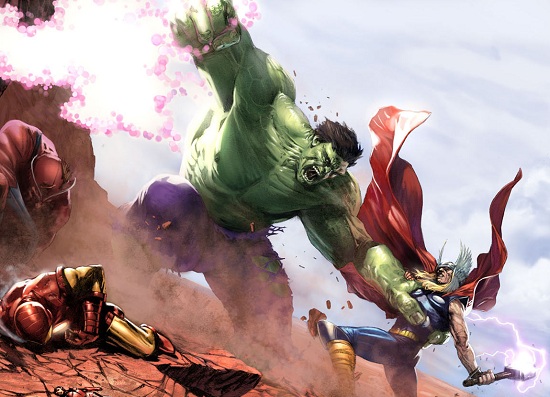 It looks like Marvel have recently renewed a lot of contracts with Robert Downey Jr signing up to play Iron Man in more movies and the latest news that Mark Ruffalo has signed up to play the Hulk in the next Thor movie Ragnarok.

At the moment not much has been released about what will happen in Ragnarok. The two main theories are either something will either threaten to or actually destroy Asgard or it will be the based on a new villain which will be an evil half cyborg clone of Thor. Either way this being the third and possibly last Thor movie just about anything could happen.

It’s great to see the Hulk get an extra movie outside the Avengers team movies. Unfortunately due Universal Pictures owning the rights to solo Hulk movies it wont make it impossible but it will make it hard to Marvel Studios to make one at the moment. This is one reason we didn’t see Edward Norton return as the Hulk.

With the movie being split between Thor and the Hulk it’s going to mean we will see some massive battles and might finally find out who would win in a movie battle between the two.