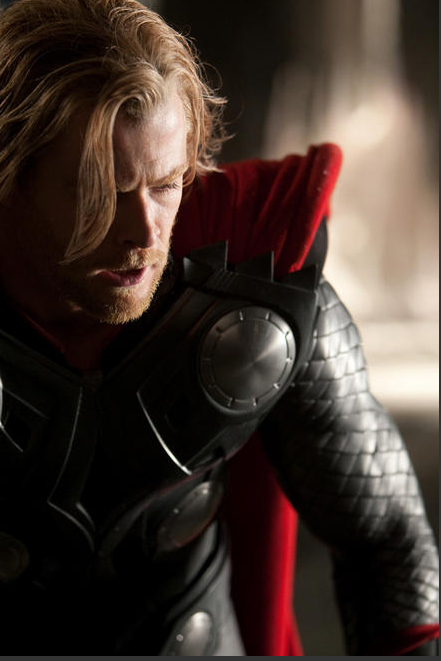 Wow it’s been an awesome bank holiday weekend and its only Saturday morning. So far I have seen Iron Man 2 twice, got a bag of FREE comics thanks to FCBD and now we have the first image of Thor.

Out of all the comic book movies I thought Thor and Green Lantern would be hardest to pull off but Marvel have managed to pull Thor off to a high standard, even the most hardcore comic book fan would find it hard to dispute the look.

In the same day Jaimie Alexander who plays Sif has said

So I officially wrapped on “THOR” today….I’m going to miss it so much. I already feel a void growing in my heart. FOR ASGARD!! 🙂

So it looks like the mighty Thor is well on track for the May 6th 2011 release date.

For more of the latest news on Thor take a look at Marvels everything Thor portal.