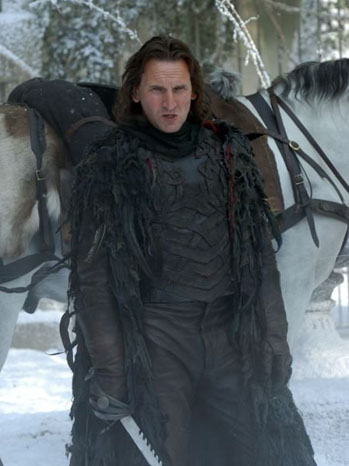 The latest cast member to join the Thor 2 cast is former Dr Who star Christopher Eccleston who will be playing the Dark Elf King Malekith.

With most of the movie being filmed in England it’s no surprise the production company has chosen to use one of the biggest British actors in recent history. Christopher Eccleston who most will recognise from playing the coolest of the Dr Who’s and bringing the series back to TV.

In Thor 2: Dark World Eccleston’s character Malekith the Accursed ruled the Dark Elves of Svartalfheim which was one of the worlds at war with Asgard.

In his comic history he has teamed up with Loki to use sorcery to enslave Earth which means Loki will be back to his old tricks again.

Now we know this we can make a few educated assumptions regarding the movies story. It wouldn’t be a Thor movie without an artifact from Asgard, this movie will likely feature the Casket of Ancient Winters which will create an eternal Winter on Earth. Eric Selvig might actually die in this movie as Malekith did kill a guardian on the Casket called Eric.

The only question now is how will Loki escape again, also who out of the other Avengers will have a cameo in the movie.