Was Darkseid’s uncle in the Suicide Squad trailer 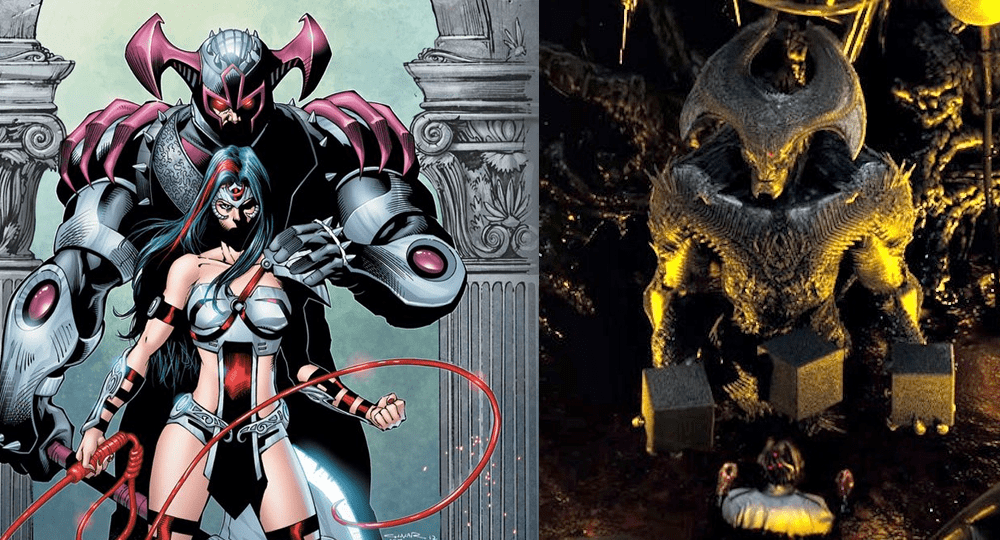 For those who have seen Batman Vs Superman Ultimate Edition you will have had a much deeper look into what we have to look forward to in the DC movieverse. The biggest question was who that giant metal demon was at the end of the movie taking a dip in the pool with Lex Luthor.

Initially it looked like it might have been some sort of movie incarnation of Brainiac since it looked almost digital and it’s origin came from a Kryptonian ship. But looking at the fact the he is juggling Mother Boxes indicate he is Apokoliptian and the most fitting of Darkseids generals is Steppenwolf. This movie version is very different to the more humanoid version we saw in the comics but the shape of his armour seems to fit very well.

Steppenwolf in the comics is Darkseids uncle and one of his main generals. It’s a given that he will be in the movies along with Granny Goodness which will be awesome when they introduced the Female Furies.

Now if this is Steppenwolf although he was left on the cutting floor of of the cinematic release of BvS it looks like he’s made it into the Suicide Squad movie. If you watch the footage released at SDCC you can see the same character in the subway exactly one minute into the video.

It’s interesting to see how much investment WB have put into the Suicide Squad, for a movie than came out of nowhere it looks like it might tie into the Justice League movie more than Batman Vs Superman did. Either way now WB have introduced us to Margot Robbie’s Harley Quinn I can see them wanting to use her in a lot more movies.