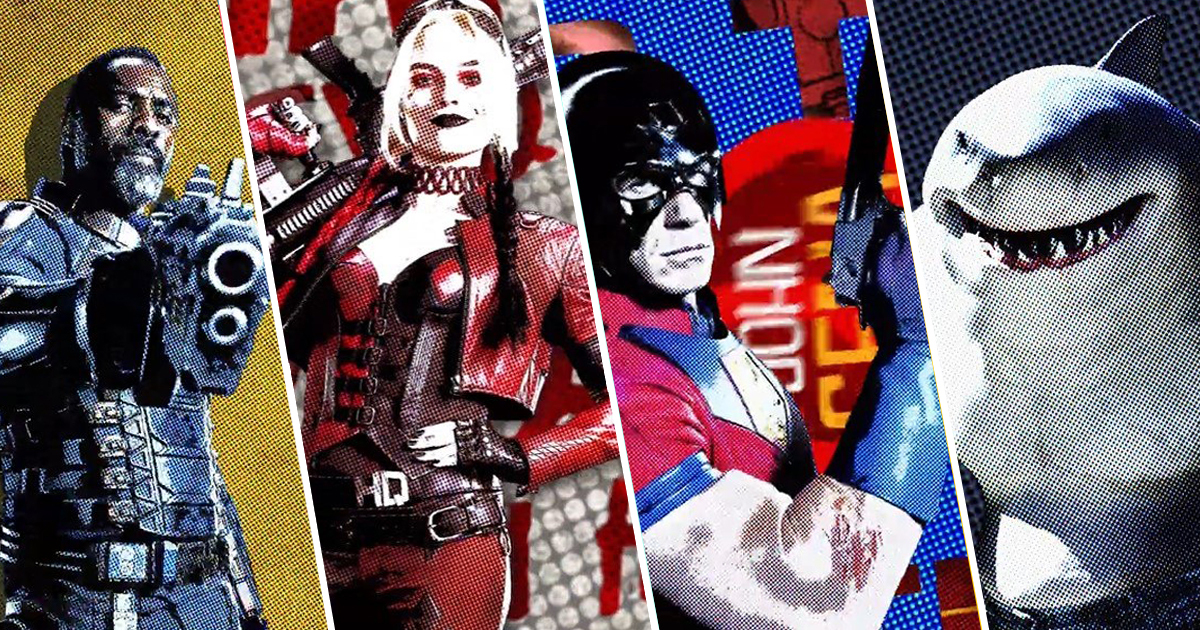 "This movie could help save the movie industry, go see it on a big screen."

With COVID-19 still bring a major global problem it’s taken a lot for me to go to the movie theatre instead of waiting for the digital release which I was spoilt with when Wonder Woman and Black Widow went digital. But thanks to James Gunn and this amazing cast I found a film that made it worth venturing back to see a movie on the big screen.

Suicide Squad 2 is obviously a sequel to the first one but don’t feel you need to see the first one to get this, they are pretty much stand alone as they explain the purpose and origin of the Squad in each movie. There are a few returning members of the cast like Harley Quinn who’s played by Margot Robbie, Rick Flag (Joel Kinnaman) and Captain Boomerang (Jai Courtney).

Although there was one thing I think I preferred about the first as we got the backstory of each of the characters. Whereas in the second movie the backstories aren’t always explained or can be a bit vague. One or two went into more detail which leaves me thinking some of the back stories were filmed but left on the cutting room floor. It’s one of those things like when they feel they have to explain the death of Batmans parents in each movie or explain that Superman came from a distant planet or that Peter Parker got bitten by a radioactive spider, which for some people get repetitive but I understand a lot of people don’t know these characters as well as we do.

I’d normally want to talk about the first act of the movie but for anyone who hasn’t seen it I’d be ruining it even if I just gave away the first five minutes.  What I can say is just try not to go into the movie with any ideas your favourite actors / characters will make it to the end, it’s a real bloodbath at times.

Cast wise it was amazing, we had Mayling Ng playing Mongal, I first saw Mayling in Lady Bloodfight and she was also in Wonder Woman but playing a different character. I’ve not seen a movie with her in that I’ve not liked.  John Cena was also great as the Peacemaker. I can’t wait for the TV show that’s coming to HBO Max which revolves around that character. Also Sylvester Stallone as King Shark was magnificent, he should win an Oscar for his performance, he delivers the lines he has perfectly and only James Gunn could get such a highly respected actor to play a man-eating shark and give the character so much personality you forget it’s CGI. Brilliant casting all round.

Although Will Smiths Deadshot didn’t return for this movie we get a similar character Bloodsport played by Idris Elba, I think Idris is an amazing actor and really can carry a movie on his own acting abilities. The fact that he’s there and there is also a large cast of similar epic actors makes this film one most people will really enjoy.

One thing I can say is that it’s such a fun movie to go and see, it’s still connected loosely to the DC Universe Zack Snyder setup so seeing a few of the other movies will help. Coming out of the film I overheard a. group of people asking why there was a talking shark in the movie and it made me thing that still some audiences aren’t ready for a full on comic movie. Maybe I take it for granted that I’ve been reading comics for so long and grew up watching the Christopher Reeve Superman movies so movies like this are the norm for me. So if you want something a bit more serious maybe it’s not the movie for you.

James Gunns Suicide Squad is just a fun full of action and great comedy. I’m not sure if he will be back for SS 3 but I hope he does return to the DC universe for another movie. Movies like this will help save the industry and not just get people back to movie theatres but keep them coming back.

I have heard there have been some bad reviews about the movie and I think the reason is that there are some some people that just don’t understand comic book movies just like there are people who don’t understand science fiction movies. Just because the characters or settings are visually unrelatable sometimes it doesn’t mean you can’t open your mind to see them as their personalities or motives and see some similarities there.