Close up pictures of Harley Quinn 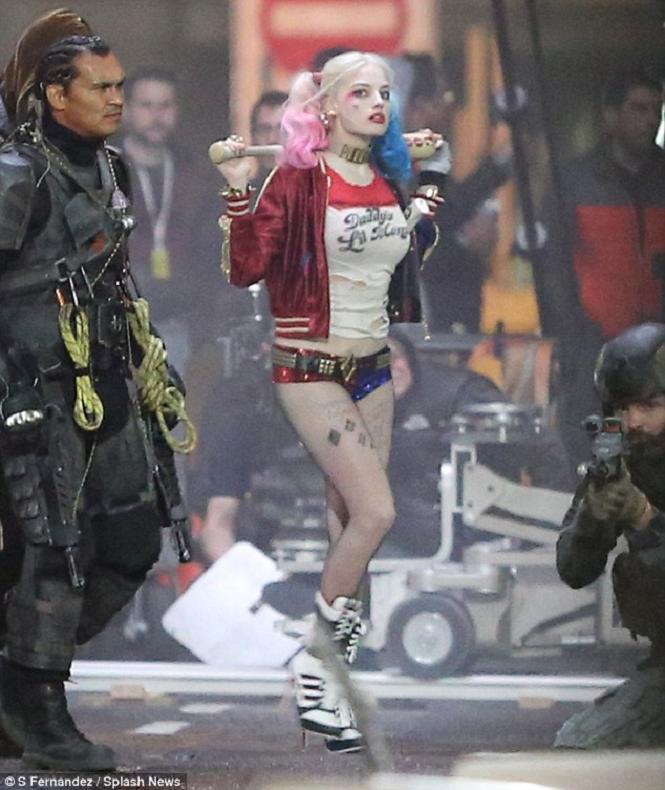 In recent years DC comics have managed to do great on TV but have lost direction and a lot of fans hopes for an undoubtedly awesome DC comics movie. The Dark Knight movies were obviously pretty much flawless but to get other comic icons like Green Lantern and even Superman back in the movies it’s been a big challenge.

The best thing DC has done is give up on the heroes and focus on something new like a movie based on a team of super villains. Enter the Suicide Squad.

Even though the movie is about the team it will all rest on Margot Robbie and her bringing Harley Quinn to life. Harley has been one of DC’s biggest assets since the Arkham Asylum game and from there got her own comic which has out sold some of their biggest comic series.

These pictures were taken on the Toronto set and show Margot Robbie in a pretty awesome Harley Quinn costume which will inspire cosplay for years to come.

Her T-shirt is printed with “Daddy’s Little monster” and the back of her jacket says “Property of the Joker”. As a costume there isn’t much to it but Harley has changed her look in the last few years more than Superman has since the 50s so it’s all ok.

It’s strange how they missed the Joker out of these team photos but at the moment we don’t know how big a part Jared Leto’s Joker will have in the movie. 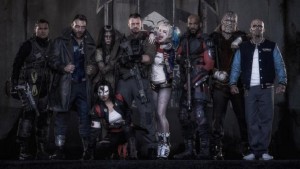 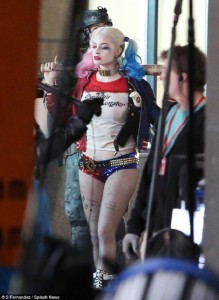 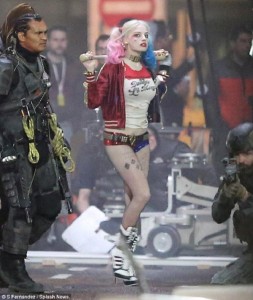 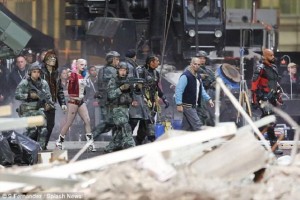