Will the original Power Rangers designer Tsuyoshi Nonaka be returning 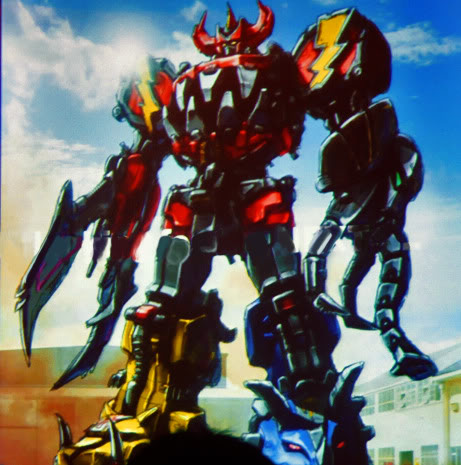 Not long ago the original Megazord designer and long time mecha legend Tsuyoshi Nonaka showcased some of this reinvented Mighty Morphing Power Rangers redesigns including costumes and the dino megazord which looked amazing and for a while it looked like Tsuyoshi might be coming on board to design the new Megazords for the Lionsgate movie. After all if Lionsgate wanted to guarantee a success out of this movie they really need to get the Megazords right.

Catching up with Tsuyoshi Nonaka I said I hoped he would be asked to work on the new movie.

Tsuyoshi Nonaka: HAHAHA : ). I think so too. But maybe the design works for new movie were completed already.

So unless they haven’t got round to designing the Megazords yet which is unlikely it looks like Lionsgate have a new designer for the 2017 movie.