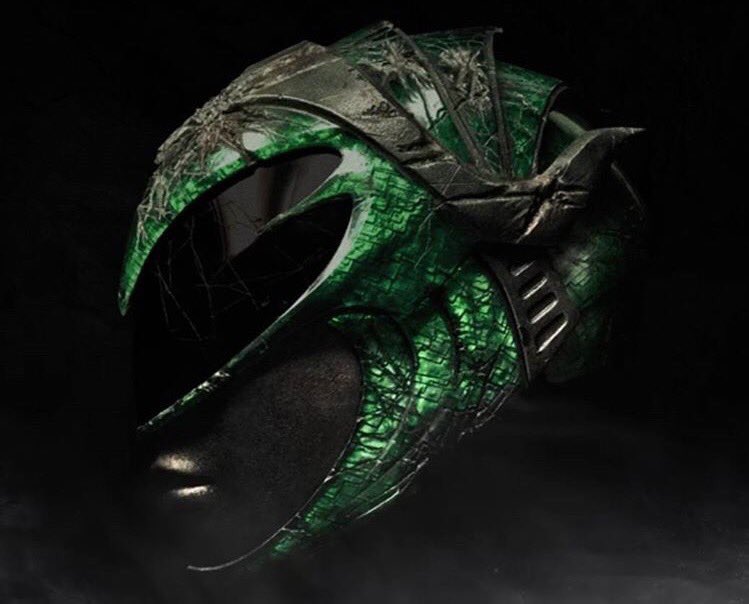 The Power Rangers movie looks to be a massive hit and after a passing $40 million in it’s opening weekend it’s been green lit for at least one more movie bust most likely a trilogy.

With this being the opening movie it’s introduced us to the world and the new core team leaving it open for a Green Ranger to show up for the sequel. THR interviewsed the new Red Ranger himself Darce Montgomery and he had a few things to say about the sequel.

A lot of the cast and I have discussed that we think it should be a girl. It makes it even: three girls, three boys.

It’s left blank. It’s a cliff-hanger. Whoever you’re going to drop into that position — whether it’s a girl — it’s inevitably going to create drama. It’ll be interesting to drop that drama into it and see how we all relate to it and work with it,” says the star.

It’s been confirmed that the Green Ranger will be Tommy Oliver but Tommy can also be a girls name and with female Green ranger helmet image which has been around social media it’s totally possible we will see an ass kicking female Green Ranger in the sequel.

But that leaves us the question who they could cast?

For those asking who Amy is, I can pretty much guarantee you have seen her in at least one movie without knowing. She started off her career as a martial artist and moves into stunts, with her amazing skills at gymnastics and martial arts shes landed rolls in Hollywoods top movies like Avengers, Suicide Squad, Deadpool to name a few so when shes already played most of the iconic female roles. Recently Amy Johnston starred in a remake of Blood Sport called Lady Bloodfight which was filmed in Hong Kong and is an amazing movie where all the stars do their own stunts and it has some spectacular visuals and action scenes.

Another of the stars of Lady Bloodfight Jet was one of the stars the movie introduced to the world, shes an actress with martial arts skills and from her performance she landed a role in Thor Ragnarok.

The original Green Ranger Jason David Frank has suggested to fans his daughter Jenna could play the Pink Ranger one day, She’d probably be an obvious choice for the role but she may be too young for the movie at the moment, but saying that we’ve had a few young female superheroes in the last few years. If you think of how successful Hit-girl was in Kick Ass or X-23 in Logan, it’s totally possible for the writers to bring in a younger Green Ranger.

Having just watched Iron Fist on Netflix which introduced us to a female ninja called Colleen Wing who’s played by English actress Jessica Henwick. She was also in Game of Thrones and had a small part in Star Wars VII but Iron Fist has really shown the world just how talented an actress and assassin she can be.

Maybe one of the coolest female X-men we’ve seen so far in the movies, she played Negasonic Teenage Warhead and really needed a bigger part in Deadpool. She’s built up a good fan base due to her brilliant personality and has a very bright future ahead of her. She could bring a lot to the second Power Rangers movie and depending on the story they would need to consider her for the role.