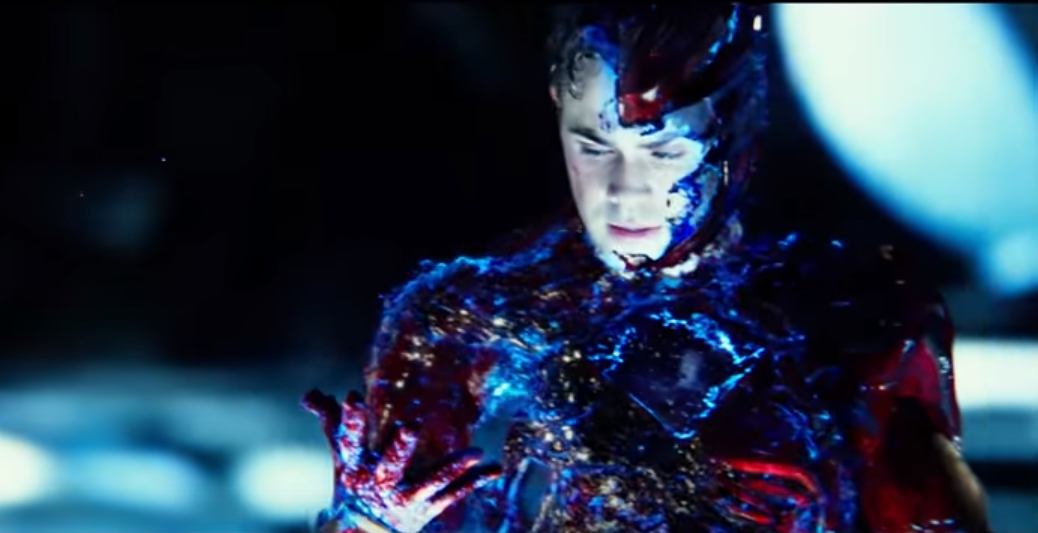 Growing up watching the Power Rangers when I hard they were making a reboot movie I was a little sceptical. The original series was a very unique series thanks to the cast, team dynamics and epic dinosaur Zords. Following on from recent movie reboots like Michael Bays Transformers my expectations for this movie were pretty low, but I’d have been happy with some cool special effects and a cool toy line.

But then at this years NYCC Lions Gate movies break out this teaser trailer which has restored my faith in reboots. It looks amazing and they haven’t even shown off any of the Zords yet.

I love the edgy angle they have for with the movie, the small American town and troubled teenagers sounds like a much more realistic setting for the Power Rangers than the original setup where Angel grove was a happy city where it never rained and for some reason teenagers were the best people to bestow fantastic powers upon.

It looks like they have tweaked the origin to suit a more familiar comic book hero setup in the way they can use their powers without having to shout it’s Morph’in time all the time. It’s also pretty much an accident that they got their powers but they have to choose to use them for good.

Either way it looks like 2017 is going to be an amazing year for movies with Guardians of the Galaxy 2, Spider-man, Justice League, Thor 3, Wonder Woman and now This epic reboot of The Power Rangers. Unfortunately Fantastic Four didn’t work out and that sequel looks to be cancelled and the Gambit movie may have been pushed back again too but the fact Lions Gate movies have shown us a movie reboot based on an old TV show can work is well worth it.