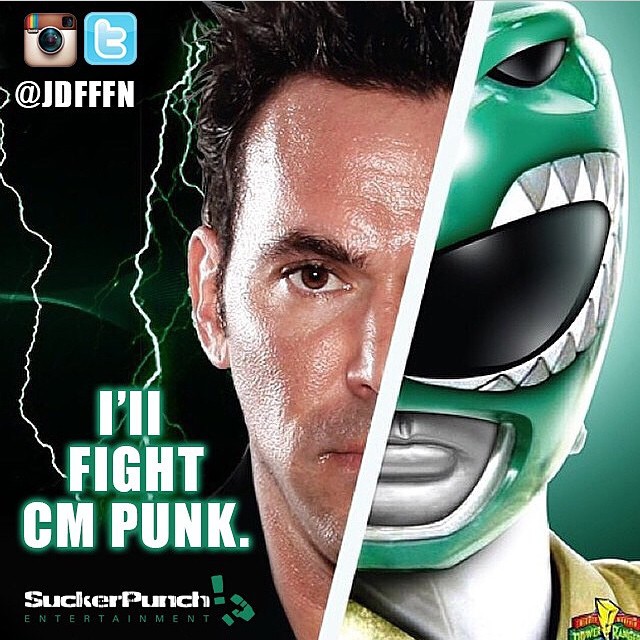 Jason David Frank made the most out of his role as the Green Power Ranger which he has been playign since 1994. Since then he has opened his own Karate school starred in a few movies and become a UFC fighter.

In 2015 CM Punk a former WWE wrestler / mixed martial artist will be joining the UFC and Jason David Frank wants to fight him.

JDF has asked his fans to help make this happen by telling the UFC through social media.

It’s been great to see JDF working on a lot of projects recently and there are still rumors he might be cast in the upcoming Power Rangers movie which is in development.

Within two hours of JDF putting this message on his Facebook page it got over 3000 likes and 900 shares. Although some people are against the fight in the UFC it has got a massive fan response and could be a huge fight in 2015.