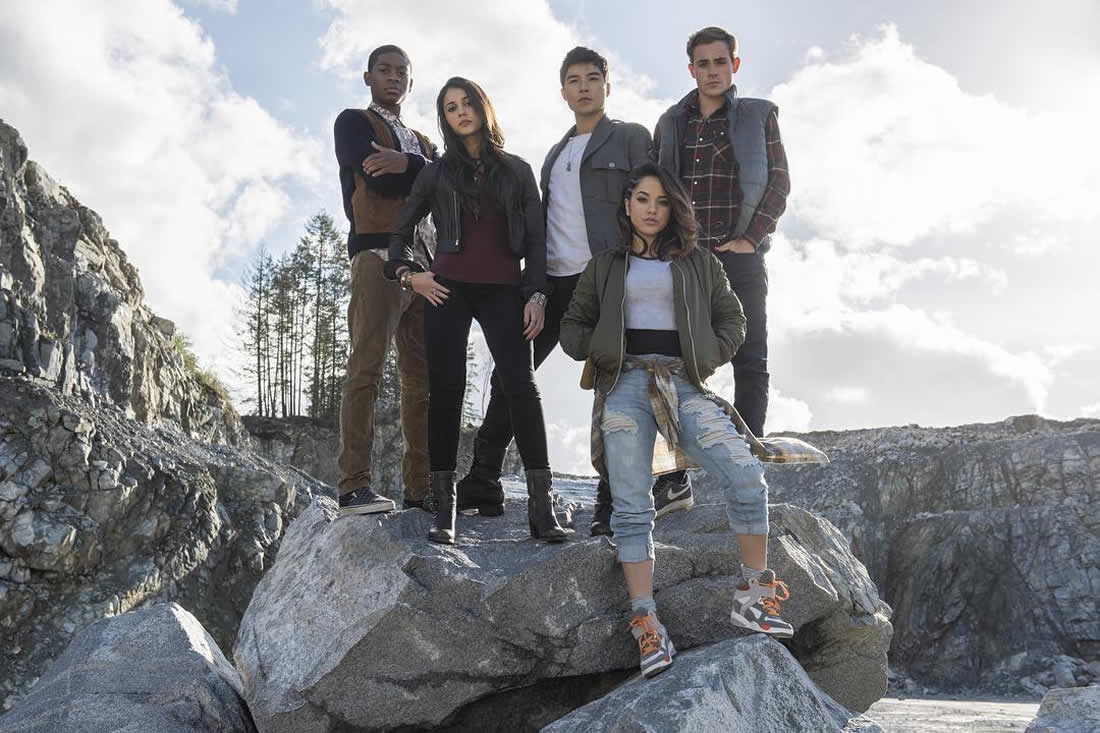 Lionsgate have released the first official group shot of the new Power Rangers team. Its a reboot of the original so the characters we all grew up with are the same but the new cast of young adults with attitudes.

If the new Power Rangers Boom! Studios comic is anything to go off the reboot is going to be amazing. Even though the franchise has been going for about twenty years there is still a lot of life left in it.

There is still so much they haven’t let out of the bag. Major details like what the new Ranger costumes will look like, what the Z0rds are going to be and where is the Green Ranger. Personally I love the approach they have had to making this movie so far. They have taken their time to do research and innovate the original material. The cast look great too, we may not have seen them in many or any movies before but we have seen how dedicated they are to this movie from the training videos posted on instagram. Going off this team photo the movie is going to be family friendly but still appeal to the older audience who grew up around the original show.

One thing we haven’t seen so far is if any of the original cast are included in the movie. I’d love to see David Yoast or one of the other original cast members cameo in the movie. From the fact they haven’t included the Green Ranger in the casting so far makes me think they are saving his introduction for a second or third movie.

Although they haven’t finished filming this movie I’d put money on there being sequels in 2019 and 2021 which expand on the story with each movie. We can’t compare this movie to other reboots like Transformers or Teenage Mutant Ninja Turtles as it’s going to be amazing and can’t possibly be ruined by Michael Bay.