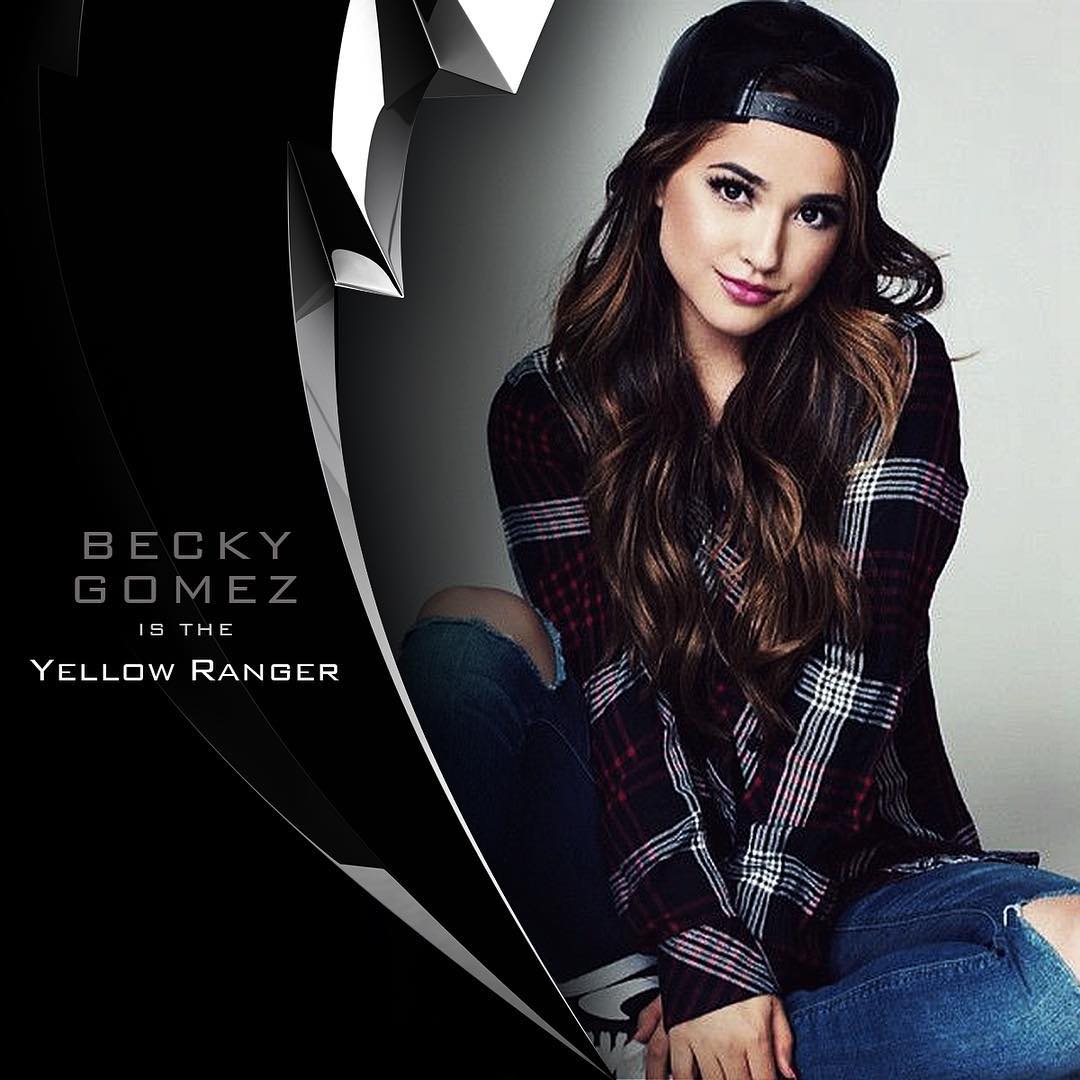 The fifth Power Ranger has been confirmed as Becky Gomez is officially cast as the new Yellow Power Ranger in the 2017 reboot from Lionsgate.

Becky Gomez is the most well known out of the new morphin team as the rest of the cast are unknown actors but Becky G has a fairly successful fan base already from her music career. She apparently when her parents lost their home and had to move into their her grandparents garage in LA, from there she started a youTube channel and got discovered and is now signed by Sony Records with a successful pop-rap following.

Looking at the whole cast the Power Rangers are going to be a very young team and we still don’t know if this movie will be aimed at the fans of the original series or just another kids movie. I really hope Lionsgate are going to make something that will appeal to everyone. The franchise has a lot of potential but at the moment it’s hard to say what the movie will be like.

Ever since the Adi Shankar’s Power/Rangers short we’ve hoped for a darker take on the Power Rangers but from the looks of the cast it could bee a musical.

Here is the hit Becky from the block, the closest thing we have to a Power Rangers trailer at the moment.