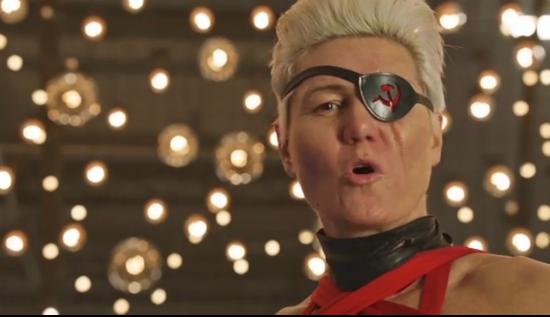 With Kick Ass 2 nearing release the studio have released a new viral on Mother Russias behalf. The movie is probably going to push the bar higher on what’s acceptable for a borderline kids movie.

The viral site www.toxicmegacunts.com redirects to a http://www.wearejusticeforever.com/ and shows the first clear video of Mother Russia from the movie. In the comics she was a very impmortant character which helped the main villain Red Mist evolve into the Mother F*cker. She was unlike any other sidekick he could have had as there is no line she wont cross for money and violence.

It’s suprsing the studio are releasing a viral site so close to the movie release date but it’s a great teaser for fans.

For those going to see the movie this week make sure you stay for the Post Credits Scene which was confirmed by MAr Millar Himself.