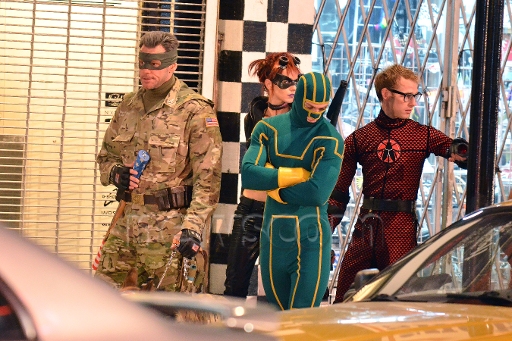 Marvel have always been using the post credit scene to tease fans of sequels for years and its been a big part of the Avengers movie success. Other movies like Green Lantern have featured them but not been able to follow through as no sequel was ever to come of it.

In a recent update form Mark Millar himself we have news that Kick Ass 2 in the final edit got a post credit sequence added.

A terrific post-credit sequence you’re all going to love. I couldn’t be happier with this picture. It’s as good as the original and in many ways BIGGER.

After Man of Steel it’s set to be one of the biggest comic book movies of the year and knowing it now has a post credit scene could mean they have the green light on the closing part of the trilogy.

The news of the Kick Ass 2 post credits scene comes from a mini press release from Mark Millar which primarily focused on Jim Carrey and his reasons for not promoting the movie. In comic form the Kick Ass 2 series was one of the most violent comics I’ve read for a while and it will be interesting to see how they adapt it to a movie.