Mark Millar gets cameo in Kick-Ass 2 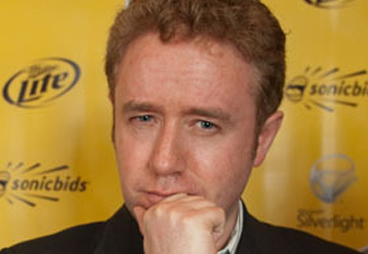 If Stan Lee does it why can’t Mark Millar. The latest news from Kick-Ass 2 which starts filming in a few days is that Mark Millar will have a cameo part in the movie.

Millar has had most of his creator owned comics made into movies but has always missed out on the opertunity but Matthew Vaughn has convinced him to appear in Kick Ass 2 with the cast who include Jim Carrey and Aaron Johnson.

Kick-Ass 2 starts shooting in 2 days. Matthew just called and told me the cameo he wants for me and Johnny. I thought he was joking as I’ve avoided cameos in my films so far because I think it pulls you out of the movie. But we’ll be slightly disguised here. Should be fun!

When delays pushed the movie back after X-Men FC it was close to being canceled all together but eith the recent cast updated it could be one of those rare sequels that out classes the first movie.