He’s one of the most biggest names in movies and has delivered some massive movies in his career but Zack Snyder has taken on his biggest project to date in bringing the Justice League to the movies. It’s a project many directors would have been intimidated by but he is taking what he started with the Man of Steel and taking it to new highs. In a Tweet Zack is pictured with Aquaman star Jason Mamoa the pair know exactly what they are doing when they appear with a few previously unseen Justice League movie costumes.

The obvious ones stand out pretty clear with Batman’s cowl, then what looks like Batman’s suit in the background, behind that we see Aquaman. And then out of nowhere we see the new Flash costume which looks heavily influenced by the TV show which could nod to more ties between the movies and TV universe.

The only other options for that would be a new villain but since the room is fil
led with Justice League member costumes it does look like the first glance of Green Lantern. If it is Hal Jordan it would make a lot of sense as Snyder is bringing us the biggest and darkest of the Justice League stories. The armoured version of Green Lantern was featured in Emerald Twilight which was arguably the most popular, controversial and darkest time in Hal Jordan’s history. A great story to re introduce the Green Lantern with. 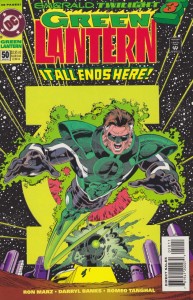 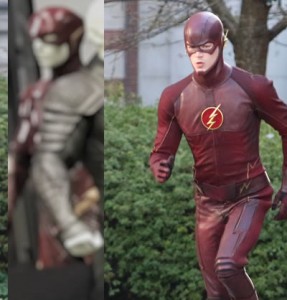 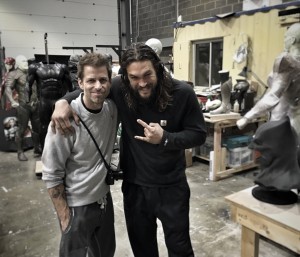