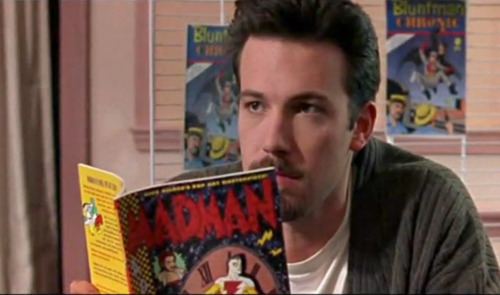 The latest news regarding the mega movie Justice League based on DC comics most iconic super team may be getting Ben Affleck as a director.

Ben Affleck may be better known for some of his best roles as an actor in movies like Dogma, Good Will Hunting and Armageddon but he also had a fairly young but successful career as a director through movies like The Town and Argo. Although to the comic fans he will always be the Man without Fear Daredevil in the 2003.

On the topic of Daredevil it may have had a bad reception at the time but I did actually like the movie. I think movies like Daredevil and Blade gave comic book movies a darker side which prior to that we hasn’t seen. It wasn’t a perfect comic book adaptation but for a comic book movie prototype it did help pave the way for modern comic movies like Batman.

Although Ben Affleck may be a bit of a surprise entry to direct what could be the movie franchise to beat the impact of The Dark Knight trilogy and the Avengers he might just be the right guy for the job. When Joss Whedon was announced to be the director of the Avengers most people including Whedon fans doubted he could pull it off. He went on to make one the most successful comic book movies of the last million years.

At the moment Ben Affleck isn’t the only director to be considered for the role but he is the only one to have a copy of the script which was written by Will Beall the same guy behind Lethal Weapon 5.

It’s also reported that Ben Affleck was very close to being chosen to direct the upcoming Man of Steel movie but was on the wrong side of the short list. Now with a second chance of directing an epic super hero movie he may redeem himself in the eyes of comic book fans everywhere.

Either way WB will need to choose a director very soon as they have already shown interest in a 2015 release date for the movie which will be competing with an already much hyped Avengers 2.

Thanks to Variety for the report