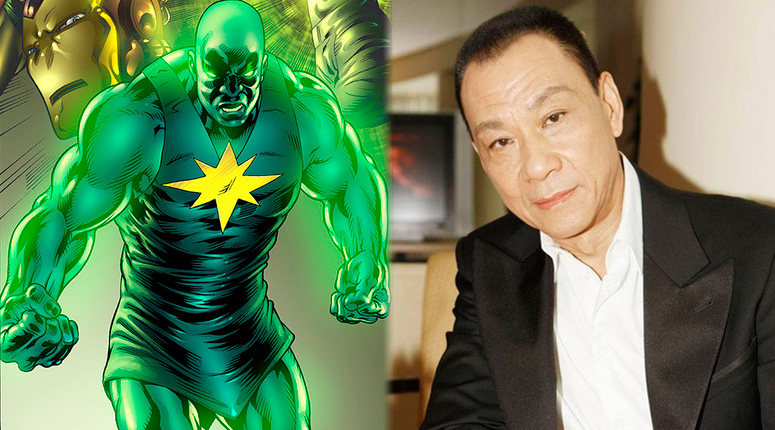 The ever growing cast of Iron Man 3 has just added another classic Marvel icon to the roster as Radioactive Man joins the list of Villains in the movie.

Not to be confused with the super hero from the Simpsons the Marvel Radioactive man will be played by award winning Chinese actor Wang Xueqi. It’s pretty late in development for the movie to introducing new cast members but the new Marvel movies have been kept close to the studio since being made by Disney.

As for Radioactive man he was a major bad guy when it came to the Avengers, once a nuclear scientist called Chen Lu who exposed himself to increasing amounts of radiation till he could be come powerful enough to take on Thor.

The news of Radioactive man joining the roster makes me wonder if Titanium Man will be far off, if you include the Crimson Dynamo the trio formed the Titanic Three a team who went up against Iron Man. So no we have two of the three already included in the Marvel movieverse Titanium Man can’t be far off.

So far it looks like Iron Man 3 won’t be the typical last movie in a trillogy, unlike how the Dark Knight Rises was made just to close off the franchise Iron Man 3 feels like it’s still introducing the audience to a new Tony Stark and new challenges in each movie. Now we have the Mandarin it’s going to open the Iron Man universe up to so many new directions. Maybe we will even see Fing Fang Foom in the next movie.