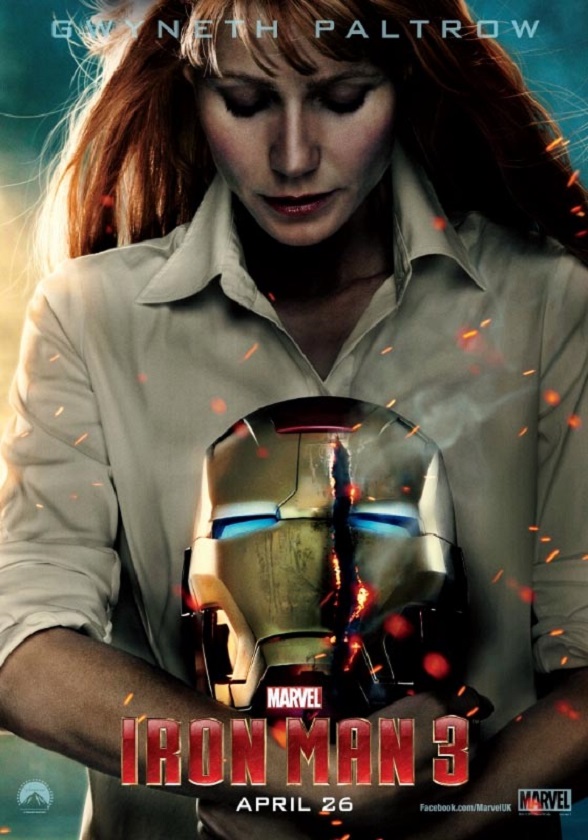 With Iron Man 3 nearly upon us Marvel have released the latest poster this time featuring a devastated Pepper Potts holding whats left of Tony Starks armor.

It’s a great poster of Gwyneth Paltrow who has held the longest standing female role in the Marvel movies out at the moment. It’s an interesting movie poster since most comic book posters featuring a female lead rely on skin tight spandex to sell the movie. This is straight just the usual beautiful Gweneth Paltrow clutching whats left of Iron Man.

I might be reading too much into this solitary poster but it looks like she’s almost plotting revenge or a rescue mission. We know there are very strong rumors that she will have her own armor in the new movie but looking at this I’m thinking maybe she uses Jarvis to make her own instead of waiting for Tony Stark to save himself this time.