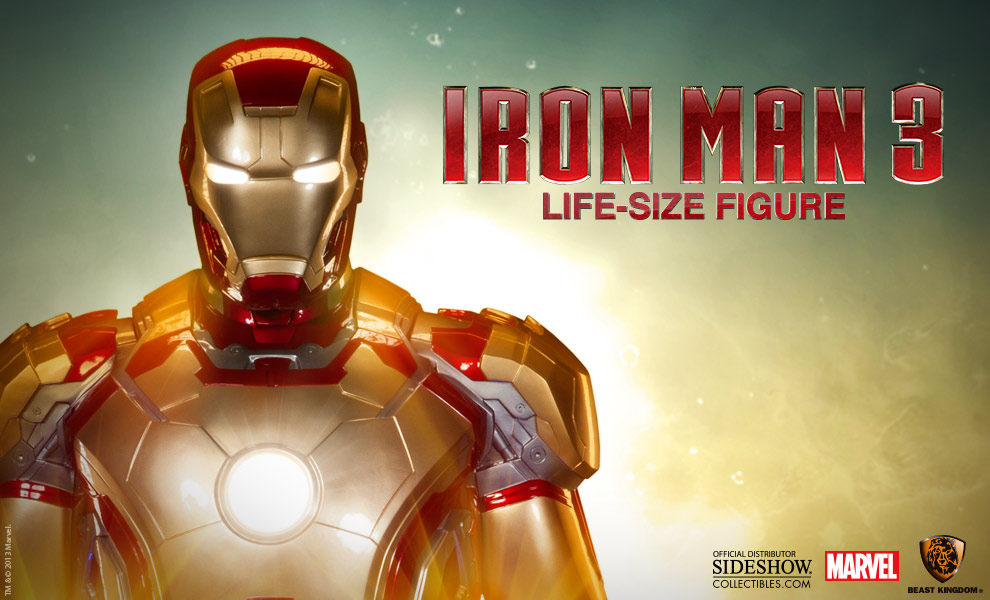 What started as someones idea has turned into a concept for the greatest toy ever conceived by any mortal on the face of the planet. It’s a 1:1 scale Iron Man 3 suit from Sideshow Collectables.

Sideshow Collectables who brought us the Hot Toys collection of Avengers figures have developed this suit of armor. It’s the most detailed toy I’ve ever seen and with a bit of customization could possibly be made into a wearable suit.

Why have they made this? The obvious choice would be to make money but I think it goes far beyond at, Sideshow make more than enough from the Hot toys series. I can’t imagine this being produced numbers more than 500 and for the amount of work it they might not make much money back on this giant.

For anyone who buys one of these the shipping cost alone could be over $1000 depending where you live and how they make it. This toy was made out of love for the character and will only be sold to the most hard code Iron Man fans.

Will this be worth buying? It’s price will probably be $4000 and over add shipping to that and it would be one of the coolest purchases ever made. Although saying that I don’t think this will hold its value and be a wise investment. When the next Avengers movie comes out or even Iron Man 4 this armor will be forgotten about and I can’t imagine it being a fan favorite like the Mark 5/6 armors.

Overall I love the concept behind this product but I’d rather buy a third party Iron Man suit which I could wear for half the price or even make my own.