Iron Man and War Machine on set for Iron Man 3 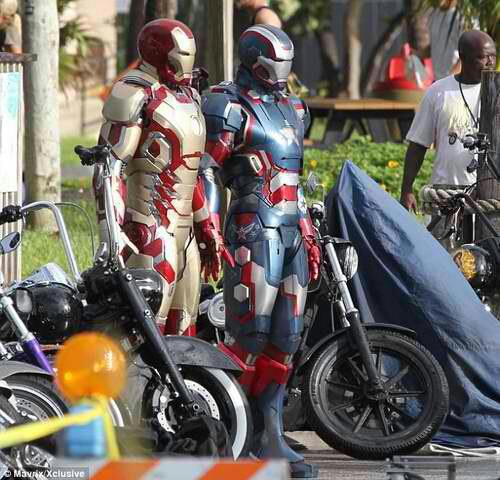 The latest on set pictures from Iron Man 3 show us a clear view of the new threads Iron Man Mark 8 and War Machine will be arming up with.

Its worth noting how more streamline the new Iron Man armor is compared to previous upgrades especially the mark 7 suit. It almost looks like it might have room for add-on parts or maybe a larger Hulk Busting armor type suit it could fit into.

The new War Machine isn’t just a repaint of his previous suit but a whole new upgrade and paint job. It’s based on the Iron Patriot suit Norman Osborn has in the comics but due to Sony having the rights to that character for the time being it looks like this is the future of War Machine.