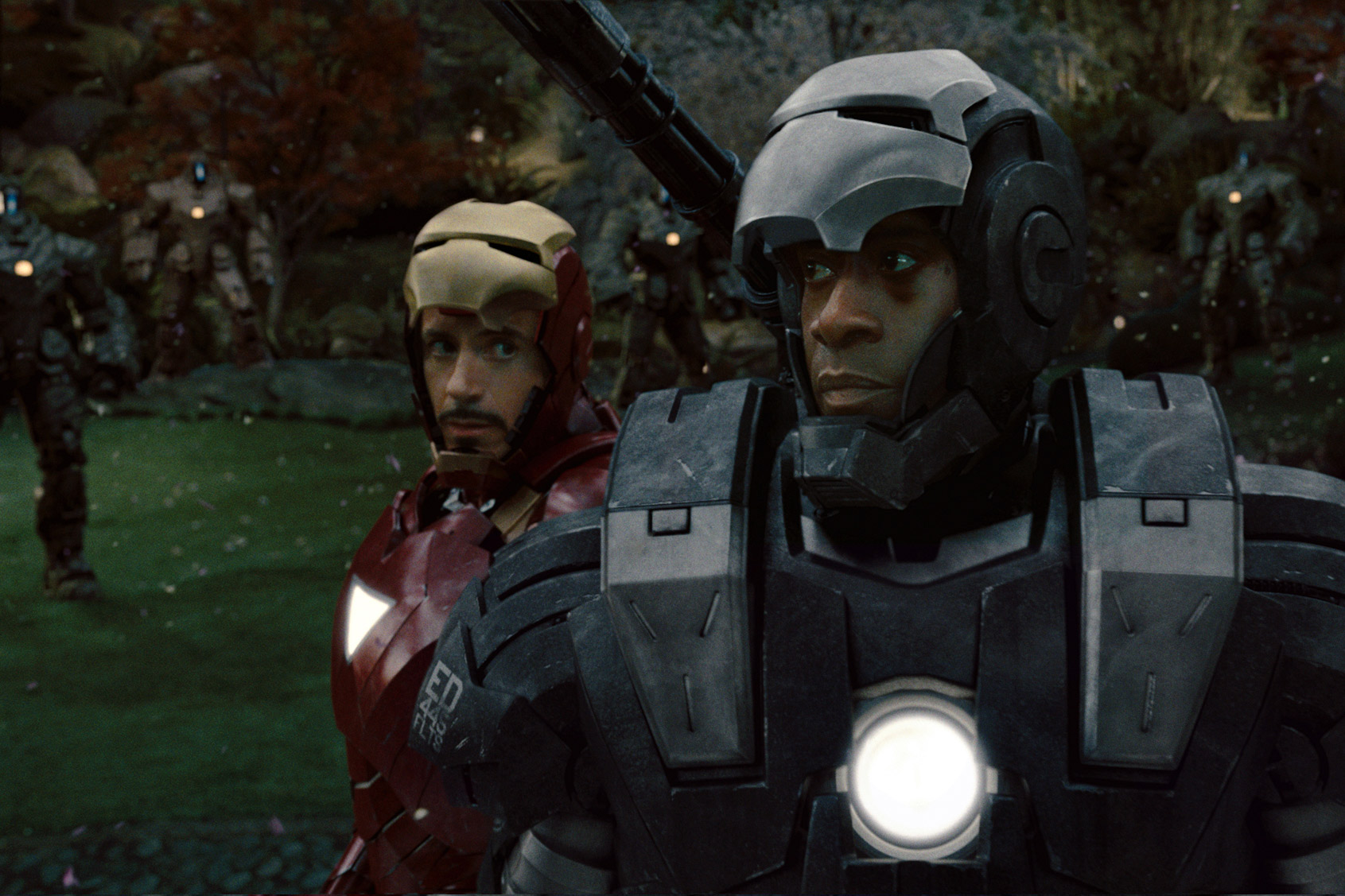 With each hour now bringing us closer to the release of Iron Man 2 at the end of the month we have a brand new TV spot.

The new clip has shows a bit more of War Machine than the others did. It looks like he may start with the v2 Iron Man suit and make his own with the help of a few extra guns.

Out of all the Marvel movies released in the last decade I don’t think any other has had as much PR and leaked footage to promote the movie.

Marvel have also updated the official site finally and added a few wallpapers and buddy icons. This week also saw the launch of Stark Expo 2010.