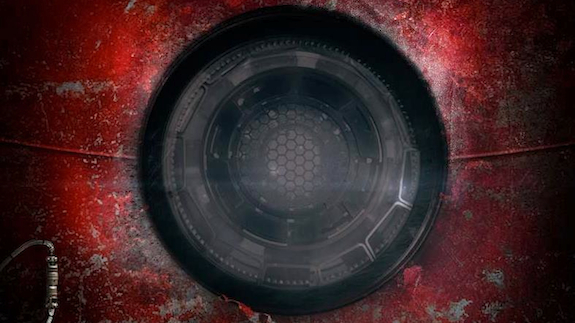 It’s one of the best kept movie previews for years, it was first shown at SDCC and has had a few other public appearances but fans have yet to make a cam version of it.

Fear not we can now count down the days on one hand as Marvel have announced the official release date as October 23rd. The new trailer will give us the first look at the new amour in action and hopefully show us a few new characters.

Even though they are nearing the end of production on the movie usually we would have had a few previews by now. The late release may mean Marvel Studios has had a lot of story rewrites and hasn’t wanted to commit to anything by giving fans a preview.

When the movie was first announced it was said that most of the movie would be filmed in China which doesn’t seem to have happened, also with a new director its probably has made Marvel cautious about releasing too much information early which could change.

Iron man 2 went through a lot of script changes between the first TV spot being released and the final movie release. Some edits looked like they took out some epic scenes like Black Widow trying on part of the amour and Pepper Pots throwing his helmet out of a plane.

Thanks to Marvel for the news.